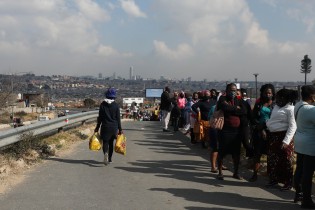 By Marianela Jarroud
Young people in Latin America now enjoy greater access to education. But in many cases their future is dim due to the lack of opportunities and the siren call of crime in a region where 167 million people are poor, and 71 million live in extreme poverty.

By Mairead Maguire
While the United States, United Kingdom and NATO are pushing for war with Russia, it behoves people and their governments around the world to take a clear stand for peace and against violence and war, no matter where it comes from.
Next Page »
ADVERTISEMENT ADVERTISEMENT