HELSINKI, Oct 4 2012 (IPS) - For half a century cardiovascular disease has been the largest killer in Western countries, but recently it has started to dominate the health statistics in the South as well. In India coronary heart disease is already the biggest killer, and strokes are about to rise to second place. Globally, cardiovascular disease now kills about 17 million people a year, and a growing number of people are having heart attacks or strokes as early as their 40s or 50s. 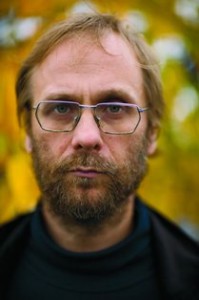 This global pandemic has a number of complementary causes. People live longer, eat less healthy food, smoke more, and do less manual labour. More and more people are commuting to their jobs by metro, train, bus, or car instead of walking or cycling. The majority of the world’s population is breathing seriously polluted air from which small inhaled particles can move from lungs to other parts of the body, including the walls of our arteries where they become a part of the plaque built by bacteria. Reduced exposure to sunlight could also be a factor, because it reduces the amount of cholesterol that our skin will convert into to vitamin D.

However, the most important single reason for the global cardiovascular epidemic could be the growing use of unhealthy dietary oils and fats. The world currently consumes about 150 million tonnes of edible oils and fats per year. Of this, one-third is produced by a single species: the African oil palm (Elaeis guineensis), a prolific source of vegetable oil.

Unfortunately, almost 50 percent of palm oil is palmitic acid, which is one of the unhealthiest fatty acids for the heart and veins. Coconut oil, which provides another five percent of our edible oil, is even less healthy. According to official predictions, world consumption of edible fats and oils will rise to 300 million tons by 2030.

Most of the new demand comes from Asia, where the current per capita consumption of edible oils is only 50 percent of the present average in North America and Europe. At the moment it looks as if the vast majority of this increase will come from palm oil. Huge areas of clear-cut rainforest areas have been converted to oil palm plantations in Malaysia, Indonesia, and a number of other countries. Indonesia already has nine million hectares planted with oil palms, and companies have applied for permission to expand this to 35 million hectares.

Environmentalists have been horrified by these developments. Without the oil palms many of the logged areas could regenerate and grow back into rainforest. More than two million hectares of oil palm plantations have been established on deep peat soils, which causes significant carbon dioxide emissions from the oxidizing peat.

Yet the most significant public health aspect of the situation has received much less attention. If humanity triples or quadruples its consumption of palm oil, our present cardiovascular pandemic will explode. This could overload public healthcare systems and leave them far less time and fewer resources for dealing with poor people’s diseases.

According to some studies olive oil might even reduce women’s risk of getting breast cancer by 45 percent. Unfortunately, the world currently produces only three million tonnes of olive oil. The average yield is only 200 or 300 kilograms per hectare per year, but this hides huge production differences between countries and even farms.

Olive cultivation requires relatively cold winter temperatures. Because of this, the avocado tree could, or should, become the leading food oil plant in the tropical and subtropical regions. It originally comes from Mexico and the Amazon region, but has a very wide range. For example, in India avocados have been grown successfully both in the north, in the Himalayan foothills, and in the south, in Kerala and Tamil Nadu.

We already know that avocados grow well in many parts of Africa. According to Chinese agricultural scientists, the tropical and subtropical parts of China and Vietnam also contain tens of millions of hectares of hilly land that would be eminently suitable for avocados. Avocado oil is exceptionally stable and resists high temperatures even better than olive oil. In countries where people often fry food in oil, avocado oil might be the healthiest option. (END/COPYRIGHT IPS)

(*) Risto Isomaki is an environmental activist and awarded Finnish writer whose novels have been translated into several languages.