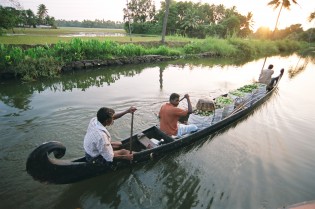 By K. S. Harikrishnan
For the first time in over four decades, the number of people migrating out of the southern Indian state of Kerala, home to 33.3 million people, is on the decline.

By Risto Isomaki
For half a century cardiovascular disease has been the largest killer in Western countries, but recently it has started to dominate the health statistics in the South as well. In India coronary heart disease is already the biggest killer, and strokes are about to rise to second place. Globally, cardiovascular disease now kills about 17 million people a year, and a growing number of people are having heart attacks or strokes as early as their 40s or 50s.

By Ranjit Devraj
Far-flung South Asian communities, from the high Himalayan slopes to the Indian Ocean coasts, united in the face of extreme and uncertain weather, continue to hold on to the hope that the Rio+20 focus on disaster risk reduction (DRR) will positively influence national policies.
ADVERTISEMENT ADVERTISEMENT