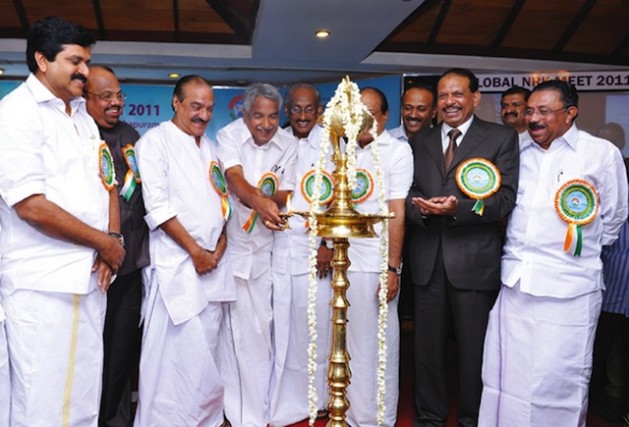 THIRUVANANTHAPURAM, India , Oct 8 2012 (IPS) - For the first time in over four decades, the number of people migrating out of the southern Indian state of Kerala, home to 33.3 million people, is on the decline.

A comprehensive study conducted by the Centre for Development Studies (CDS) in Thiruvananthapuram on international migration from Kerala revealed that growth in migration levels will reach zero by 2015.

Back in the 1970s, a loss of jobs in agriculture, lack of productive ventures and widespread education among the middle class led to an exodus of residents from Kerala, 90 percent of whom headed straight for the Gulf region in search of better jobs and higher wages.

But now, higher wages at home have begun to stem the outflow of human capital from Kerala. The average wage for unskilled workers increased from 150 rupees (three dollars) to 450 rupees (nine dollars) per day during the first decade of this century, making Kerala an attractive and competitive labour market.

B. Soman, an engineer in the petroleum sector in Oman, said that even unskilled workers already settled in the Gulf are now opting to go back home in search of better salaries.

John Mathew, a 35-year-old driver working in Kerala’s Pathanamthitta district, who recently returned from Qatar where he had spent the last seven years driving taxis, told IPS that comparatively low wages in the Gulf made a strong case for coming back home.

“Now I earn at least ten dollars a day. It is a decent wage, and my family is happy,” said Mathew.

In addition, Kerala has achieved a level of human development comparable with many advanced countries, including the highest life expectancy rates in the country – 75 years for men and 78 years for women.

Ironically, it was remittances from the Gulf that first began to improve the quality of life in Kerala and created a consumer culture in the state.

The purchase of land and construction of houses received priority among expatriate Keralites, followed by the purchase of vehicles, jewellery and imported electronic items.

Dr. Sreelekha Nair, junior fellow at the Centre for Women’s Development Studies in New Delhi, told IPS, “While migration to the Gulf was dominated by unskilled workers, recent years witnessed a relative increase in the migration of highly skilled personnel to the Gulf.

“Flexible changes in ownership and business rules, at least in some Gulf countries, resulted in a rise in the number of entrepreneurs.  This also boosted the flow of remittances to Kerala,” she added.

According to the Associated Chamber of Commerce and Industry of India, remittances from non-resident Indians in the current fiscal year are likely to exceed 75 billion dollars, up from 66 billion in the 2011-2012 period.

Due to a contraction in the supply of young labourers, and a higher standard of living enabled by remittances, wages for construction and manual jobs are relatively high in Kerala compared to other Indian states, making the former an attractive destination for internal migrants, Soman told IPS.

They say economic hardships, caste-based exploitation, a crumbling agricultural sector and dwindling investment in rural infrastructure in their home states propel them towards Kerala in search of decent livelihoods.

Kalka Das, a mason from Murshidabad in West Bengal, told IPS that unskilled workers like him barely earned enough to survive.

“The prices of commodities are increasing day by day and people are constantly in search of decent wages. Today, Kerala is the Gulf (of India) for internal migrants,” he added.

Ram Gopal, a domestic worker hailing from Assam, told IPS that even though migrant workers in Kerala do experience some exploitation, “we at least get better work and a little bit more money”.