WASHINGTON, Dec 13 2012 (IPS) - Gathering for the first time here in Washington, representatives of the newly established human rights commission of the Organisation of Islamic Cooperation (OIC) stated Thursday that they plan to start their substantive work by the end of the month. 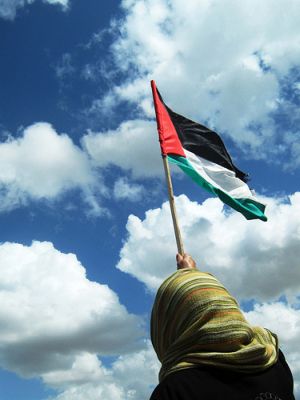 The commission’s priority areas will include women’s and children’s issues, political and minority rights, as well as the Israel-Palestine conflict. Credit: Eva Bartlett/IPS

“In recent months we have outlined a series of priority issues, and we now plan to start our work to highlight those issues in working groups later this month in Jeddah,” the commission’s chair, Siti Ruhaini Dzuhayatin, told journalists in Washington on Thursday.

“In particular, this commission is expected to work on removing misperceptions over the issue of perceived incompatibility between Islam and universal principles of human rights.”

On this latter point, she and others involved with the new body are emphasising that the commission’s mandate is to deal with civil, political, economic, social and cultural rights in the context of universal application – that the commission will not be attempting to apply any hybrid understanding of human rights as filtered through Islam. They also reiterate that the OIC itself is a political, not a religious, body.

Founded in 1969 and representing 56 countries and the Palestinian Authority, the OIC is the second-largest intergovernmental organisation in existence, after the United Nations. The idea of creating an OIC-wide body on human rights first officially surfaced in 2005, when the member states agreed to a new 10-year plan that included the commission’s formation.

That 10-year plan was also a broad attempt to redefine the nature of the OIC, moulded around ideas of moderation and modernisation. In mid-2011, the OIC formally established the new Independent Permanent Human Rights Commission and elected its 18 commissioners, to operate in an advisory role to the OIC Council of Foreign Ministers.

Those members are made up of lawyers, activists, academics and diplomats, and also comprise four women, including the commission’s chair, an Indonesian sociology scholar. Each of the OIC’s three main areas – Asia, Africa and the Arab world – will be allotted six commissioners.

On Thursday, Siti Ruhaini Dzuhayatin reported that the commission had spent the past year formulating its terms of reference and rules of procedure. An important part of that process has been to agree on priority areas, which will include women’s and children’s issues, political and minority rights, as well as the Israel-Palestine conflict.

Over the four decades of the OIC’s tenure, this latter topic has been a defining one for the body, now described as a standing agenda item.

“This will not be from a political point of view, however, but rather from the human rights perspective,” she noted. “For instance, how the conflict affects the lives of people, of women and children in particular, in their right to development, their right to peace, security and education.”

Beyond these broad areas, relatively little detail has yet been decided upon regarding the processes by which the commissioners choose which issues to focus upon. Rizwan Sheikh, the executive director of the commission’s interim secretariat in Jeddah, told IPS that the commission will receive agenda items from above and below, meaning from the OIC Council of Foreign Ministers and from grassroots concerns.

The commission’s autonomy and independence have clearly been a defining concern for those engaged in the new body, as they remain for many outside observers. As currently mandated, each commissioner will be nominated by his or her home country and then voted upon, through a secret ballot, by the Council of Foreign Ministers.

But Sheikh emphasises that it would be up to the commission’s collective discretion to decide on how and when to proceed with its agenda.

“The governing statute provides the commission with a degree of independence that has never been seen in the OIC’s work over the last four decades – for the first time in its history, the OIC has created a body of independent experts,” Sheikh says.

“Independence is further ensured by the fact that the nature of the body is of an advisory capacity. Had this not been the case, there would have been certain political considerations that could have crept into the work of this commission. But the very fact that it’s an advisory body emboldens the commission … to act in a very candid and unvarnished fashion in rendering its opinions.”

Once it starts work in late December, some of the issues on which the commission could presumably be offering such opinions, Sheikh suggests, could include violence against women, child labour, children in armed conflict, and more sensitive topics such as early marriage, right to education and the like.

At the two preliminary sessions held by the commission this year, the recent violence against Rohingya Muslims in Myanmar’s west, the bloodshed in Syria and the Quran-burning in Afghanistan were each noted as especially urgent.

So too was a recent OIC-sponsored U.N. resolution against religious intolerance, though the latter action sparked initial concern among human rights groups when the OIC pushed for a global ban on “blasphemy”, a stance it later reversed.

For now, the commissioners have decided that one of their first moves will be to request each OIC member state to forward all relevant national legislation touching on the commission’s priority areas, so the commission can begin to examine and rank current practice.

Still, the body’s budget – to be provided by OIC member states – is not yet publicly known, and much of the commission’s efficacy will undoubtedly hinge on this single piece of information, which will also offer insight into just how active the member states are willing to allow the commission to be.

“We very much hope this body will be both independent and able to have the means to speak out to OIC governments and reaffirm universal human rights,” Joelle Fiss, a senior associate with Human Rights First, a Washington-based advocacy group, told IPS.

Like Fiss, many observers are withholding judgement on the prospects of the new commission.

“Any time you have a well-respected international body like the OIC taking up these issues, it is significant,” Ibrahim Hooper, a spokesperson for the Council on American-Islamic Relations, the United States’ largest Muslim civil liberties group, told IPS.

“We’ll see where it goes from here, but for now it deserves to be encouraged by U.S. government officials and others. Eventually, of course, we will need to evaluate the commission’s work to see that it’s addressing issues of particular concern to the Muslim world.”