UNITED NATIONS, Dec 11 2012 (IPS) - Today, approximately 125 countries have laws that penalise domestic violence – a great advance from a decade ago. Yet 603 million women around the world still live in countries where domestic violence is not a crime, and up to seven in ten women are targeted for physical or sexual violence, or both.

One organisation that has worked for the past two years to protect and empower women is U.N. Women, the United Nations Entity for Gender Equality and the Empowerment of Women. Lakshmi Puri, deputy executive director of the organisation, described what it has achieved so far. 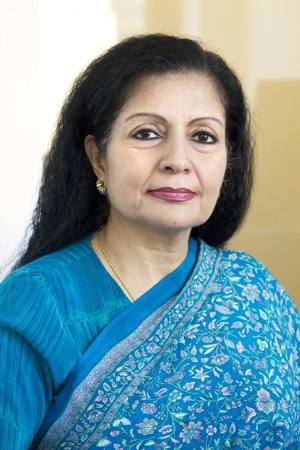 But as the statistics indicate, much more remains to be done before women’s rights are fully realised. Puri spoke to IPS correspondent Julia Kallas about the achievements, challenges, expectations and future of U.N. Women. Excerpts from the interview follow.

Q: U.N. Women turns two in January. What have been some high points since the founding of U.N. Women?

A: U.N. Women has heavily emphasised increasing women’s political participation. Women must have a say in the decisions that affect their lives and their communities. Our efforts in 14 countries contributed directly to five countries’ increasing the number of women elected to office. And in one year the number of countries with women comprising at least 30 percent of parliament has risen from 27 to 33.

We are also actively supporting women’s representation at the local level. In India, for example, U.N. Women is training 65,000 elected women representatives in village councils to become more effective leaders.

To enhance women’s participation in peacebuilding and post-conflict recovery, U.N. Women has successfully advocated for an agreement to earmark at least 15 percent of all U.N.-managed peacekeeping funds for programmes on gender equality.

Women’s economic empowerment is another key area of our work. Financial security gives women the independence they need to take informed decisions for themselves and their families. So our interventions try to enhance governments’ abilities to improve women’s access to assets, markets, services and decent work.

Ending violence against women remains a top priority. It is a scourge of pandemic proportions, affecting up to 70 percent of women and girls. U.N. Women is working in 85 countries to prevent violence in the first place, to end impunity for these crimes, and to expand essential services to survivors.

Gender equality and women’s empowerment remains a universal challenge and requires actions by all. We know there is still a long road ahead, but we are on the right track. We are working with and in all countries to carry out our universal mandate and we are constantly making progress.

Q: What do you consider the greatest challenges for U.N. Women and women around the world next year and beyond?

A: Many obvious gaps remain in protecting women’s human rights and in advancing their rightful role in development, peace and security. In 2012, our priorities were to make a renewed push for women’s economic empowerment and political participation.

In this context, U.N. Women launched COMMIT, an initiative that encourages governments to implement international agreements on ending violence against women and commit to new, concrete steps to end it.

Funding is another challenge we face. Women still constitute a majority of the world’s poor. They are directly and indirectly affected by the financial and economic crisis, as is funding for U.N. Women and women’s organisations around the world. We need all donors to prioritise funding for gender equality and women’s empowerment at this critical time.

In addition to being the right thing to do, it is also the smart thing to do, as evidence shows that investing in women’s empowerment will have an exponential impact on social and economic development.

Q: As emerging economies such as the BRICS (Brazil, Russia, India, China and South Africa) countries grow in political and economic influence, how well have women’s rights kept pace with this development?

A: Some countries have shown deep commitment to gender equality and women’s empowerment and have adopted special policies and measures to rectify deep rooted poverty, customs- and tradition-related biases and gender stereotyping.

Yet we have seen that economic growth does not necessarily translate to greater gender equality. In middle income countries – including the BRICS – remain large numbers of poor people. A disproportionate majority of them are women. As a result, governments, including the BRICS, continue to proactively address this issue.

Q: What are your expectations for getting a comprehensive gender perspective into a post-2015 development framework and the Sustainable Development Goals that are currently being negotiated?

A: What we need is a truly transformative development agenda that can drive change on systemic issues and structural causes of discrimination, including unequal power relations, social exclusion and multiple forms of discrimination.

The framework should therefore focus on women’s rights, eliminating gender-based violence, promoting sexual and reproductive health and rights, access to essential infrastructure and services and political and economic empowerment – all in the broader context of poverty eradication.

The framework should also recognise that gender inequality is the mother of all inequalities. It is not yet clear what the format of the post-2015 development framework will be, but in any case, U.N. Women advocates for a strong focus on gender equality and women’s empowerment.

If we are about to turn a new leaf in terms of a more sustainable, equitable and people-centred development model and framework, we need to empower and fully tap the talent and potential of half of humanity.