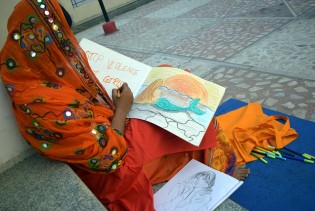 By Joan Erakit
The Maasai tribe of Kenya and Tanzania has long been a beacon of traditional culture to many Africans - and for Westerners on safari through Maasai Mara, Samburu or Amboseli, a familiar face.

By Joan Erakit
In an effort to promote gender equality in workplaces and communities, business leaders, politicians and supporters came together during last week's fifth annual Women's Empowerment Principles Event to explore ways to ensure women are supported in their careers and life choices.

By Mariela Jara
This year’s unusually rainy season in Peru is having a negative effect on the wellbeing and health of women in rural areas who are forced, for example, to spend three times as much time walking to collect firewood and water. But the authorities continue to turn a blind eye to the problems they face.
Next Page »
ADVERTISEMENT ADVERTISEMENT