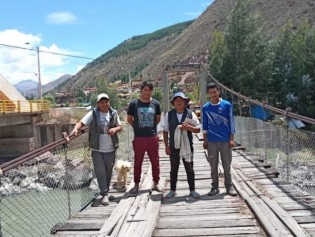 By Zeid Ra'ad Al Hussein
Almost two decades ago, in Beijing, 189 countries made a commitment to achieve equality for women, in practice and in law, so that all women could at last fully enjoy their rights and freedoms as equal human beings.

By Ivet González
Despite the progress made by Cuban women in education, where they account for 64 percent of university graduates, they continue to have a limited presence in management positions.

By Emilio Godoy
Latin American states are still failing to provide guarantees for women's educational, sexual and reproductive rights, according to activists from different regions of the world meeting in the Mexican capital.

By Ivet González
There are no purple billboards on city streets, and no public service announcements on television to mark the date. But many different voices in Cuba remember that this year marks the centennial of the birth of the local feminist movement, a platform for fighting for equality and against gender-based violence.

Search for Missing Daughters in Mexico Drives Families into Ruin*

By Gladis Torres Ruiz
The families of thousands of girls and women who have disappeared in Mexico are spending everything they have in the search for their daughters – and for justice.

By Marianela Jarroud
We must work "for all of the human rights of women," not just sexual and reproductive rights, said Coca Trillini, describing the challenges facing the ecofeminist movement that she has embraced since becoming an activist in Católicas por el Derecho de Decidir (CDD - Catholics for Choice).
ADVERTISEMENT ADVERTISEMENT