UNITED NATIONS, Jul 11 2013 (IPS) - Two Saudi Arabian women’s rights activists are filing an appeal on Friday after being sentenced to 10 months in prison for helping a woman who had allegedly been abused by her husband.

On Jun. 15, Wajeha Al-Huwaider and Fawzia Al-Oyouni were convicted by a district court in Al-Khobar of “takhbib”, an element of shari’a law that states they incited a woman to defy her husband and supported a wife without her husband’s knowledge. A two-year travel ban will follow their prison term. 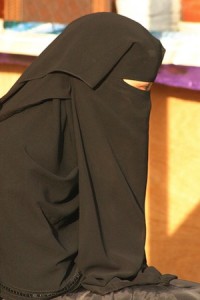 The women came to the assistance of a Canadian woman, Nathalie Morin, who called Al-Huwaider asking for help after being locked in a room by her husband without adequate food or water.

But as the women approached her house they were ambushed and arrested, Suad Abu-Dayyeh, programme consultant on Middle East and North Africa for Equality Now, told IPS. Equality Now, an international human rights organisation, is calling on supporters to send letters in preparation for the appeal deadline on Friday, Jul. 12.

“They did not conspire to turn Nathalie against her husband or attempt to convince her to abandon him. In fact, they have never met her,” Abu-Dayyeh told IPS.

Abu-Dayyeh believes the allegations against the women are false and that Saudi Arabia is instead cracking down on the two women for their history of human rights activism.

“The Saudi government has clearly created a scenario whereby Fawzia and Wajeha, brave women who wanted to help another woman in need, were arrested for the activism they carry out,” Abu-Dayyeh said.

“These two women have been activists for a long time, and the Saudi government has been keen to silence them for a long time. They are now being made an example of to ensure that other activists don’t speak out either,” Abu-Dayyeh added.

Al-Huwaider and Al-Oyouni have been active in a number of human and women’s campaigns in Saudi Arabia, including Women2Drive, which encouraged women to defy Saudi Arabia’s ban on women driving.

In a YouTube video filmed on Women’s Day in 2008, Al-Huwaider is seen driving around an empty countryside and talking to online supporters from the driver’s seat. Saudi Arabia follows very conservative interpretations of Islamic law that forbids women from driving.

Last year, Al-Huwaider was listed as number 82 on Arabian Business’ list of the 100 most powerful Arab women, but she was missing from the list this year. She is also the co-founder of Association for the Protection and Defence of Women’s Rights in Saudi Arabia.

"[Wajeha Al-Huwaider and Fawzia Al-Oyouni] are being made an example of to ensure that other activists don't speak out."
-- Suad Abu-Dayyeh

“These two women are being persecuted for their work on human rights and women’s rights,” Joe Stork, deputy director of the Middle East and North Africa division at Human Rights Watch, told IPS. “It’s not a criminal offence.”

The application of “takhbib”, where a man or woman interferes with a marriage or engagement, turning one spouse against another, is curious in this case, and it is possible that it is being used to mask what authorities see as the real crime: Al-Huwaider’s and Al-Oyouni’s activism.

“It seems a little unusual from the point of view of classical Islamic law, which may not line up with current Saudi practice… takhbib is more usually associated with seducing a woman to leave or divorce her husband, or marry somebody unauthorised,” Marion Katz, associate professor in the Middle Eastern and Islamic Studies department at New York University, told IPS.

When Al-Huwaider was first questioned over a year ago about the incident, the questions authorities asked were mainly about her work as a human and women’s rights activist, Stork said.

“I wouldn’t count on it,” Stork said. “[Saudi Arabia] has made a decision to really stamp out human rights activism.”

On the ground in Saudi Arabia, gaining support is difficult for Al-Huwaider and Al-Oyouni, as women cannot speak out freely in the country and the government controls the media.

“The rights of women and girls are often deeply compromised,” Abu-Dayyeh said. “In Saudi Arabia, there are no civil society organisations that can pick up such issues.”

Despite recent small glimmers of positive developments to improve and expand the rights of women in Saudi Arabia, including sending its first female athlete, Sarah Attar, to the Olympic Games in London last year and giving girls in private schools the right to play sports, as well as allowing women to ride bikes, the case of the two activists is a step backwards for the Kingdom.

“Saudi Arabia still needs to do a lot more to ensure that women and girls are protected and that their fundamental human rights are safeguarded,” Abu-Dayyeh stated, pointing out, “Allowing this to happen would benefit the entire society.”