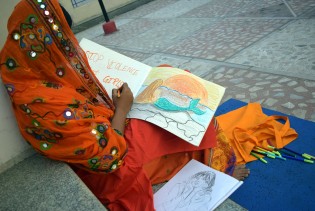 By Thalif Deen
Despite adopting scores of pious resolutions on gender empowerment over the last 67 years, the 193-member General Assembly has failed to practice in its own backyard what it has vigourously preached to the outside world.

By Thalif Deen
The face of migration is changing dramatically as women and girls now represent about half of the over 214 million migrants worldwide.
ADVERTISEMENT ADVERTISEMENT