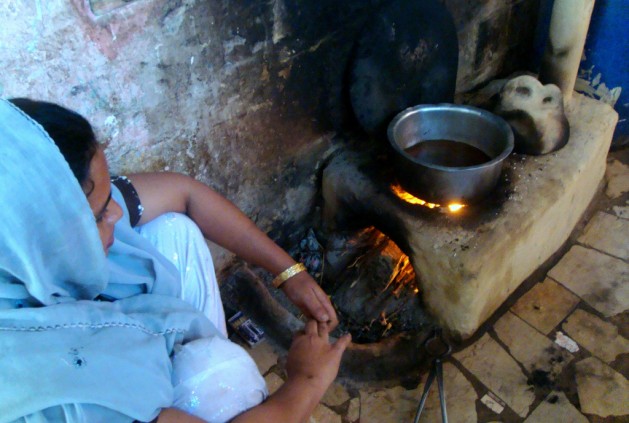 But what many don’t know is that of the nearly 1.5 million people who die due to indoor smoke, 85 percent are women and children.

“That is double the number of people dying from malaria,” said Dr. Kandeh K. Yumkella, director general of the United Nations Industrial Development Organsiation, Chair of UN-Energy, and soon to become the U.N. Secretary General’s Special Representative for Sustainable Energy for All.

Speaking at the launch of the task force on energy and security in Abu Dhabi at the World Future Energy Summit, Yumkella explained how the growing demand for energy has increased economic and social vulnerability, especially for people in the poorest parts of the world.

The task force, formed by Masdar, Abu Dhabi’s renewable energy company, and the International Peace Institute (IPI), aims to examine the effectiveness of mechanisms to defuse energy-related conflicts, the impact technological advances will have on the future international energy dialogue, and the role renewable energy will play as a peace dividend.

“Energy is a source of tension and conflict,” pointed out Terje Roed-Larsen, president of the New York based IPI, a not-for-profit think-tank dedicated to promoting the prevention and settlement of conflicts by strengthening international peace and security institutions.

As energy wars brew across the globe, Larsen, giving examples of conflict-riddled Northern Iraq and South Sudan, said there was an urgent need to respond to the crises that are “so costly to lives and livelihood”.

Terming it a very “important” task force with a critical mandate, Dr. Sultan Ahmed Al Jaber, CEO of Masdar, who is also the United Arab Emirates Special (UAE) Envoy for Energy and Climate Change, said that energy demand will go up by 50 percent in the next few years.

“Competition will intensify and should not be overlooked while solving the global security puzzle,” he said. “Reinforcing the need for clean, secure energy will ease geopolitical tensions.”