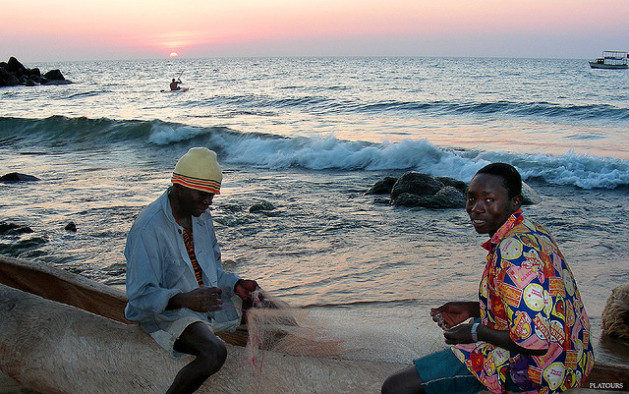 Local communities bordering Lake Nyasa or Lake Malawi are no closer to understanding what the conflict between Tanzania and Malawi is about. Credit: platours_flickr/CC-BY-2.0

ARUSHA, Tanzania , Mar 6 2013 (IPS) - The local Tanzanian community bordering Lake Nyasa is no nearer to understanding what the conflict between their country and Malawi is about, nor why so much is at stake, as mediation efforts between Malawi and Tanzania are expected to begin soon.

The 29,000-square-kilometre tranquil lake, known as Lake Malawi by Malawians, is a tourist spot, source of revenue and food for local populations. But since July 2012, it was discovered that the lake could potentially be a lucrative oil and gas source, and it rekindled a border dispute between the southern African neighbours over who owns the lake.

Malawi claims sovereignty over the entirety of the lake that straddles the borders of Malawi, Mozambique and Tanzania. Meanwhile, Tanzania says 50 percent is part of its territory.

In Mbeya Region, in southwest Tanzania, members of the community bordering the lake have been working with national NGO HakiArdhi, also known as the Land Rights Research and Resources Institute, to understand their water rights.

“We know that we have agreed to disagree with Malawi on this one, but these communities depend completely on fishing and the lake for their lives. There’s been no consultation at all with us about how we benefit if there is oil here, none at all. How do we gain from this? The land issue is new for us here: we have no experience,” Saad Ayoub, the organisation’s assistant programme officer, told IPS by phone.

Local residents echo this feeling. Richard Kilumbo, a resident from Kyela district, which borders Lake Nyasa, told IPS that he could not understand the reasons for the dispute.

“We have relatives from Mzuzu, Malawi and were going to attend a wedding (there last year). We are shocked and panicked to find we are making preparations of war against our neighbours. We do not know why this is such big thing amongst our leaders. We heard people were talking, we thought we were free to walk and enjoy life,” he said.

Arguably the trouble started in 1890, when the treaty of Heligoland divided up the lake according to colonial law. It was amended in 1982 by the United Nations. However, more recently in October 2011 Malawi’s late President Bingu wa Mutharika, awarded a contract to British Surestream Petroleum to start gas and oil exploration on the eastern part of the lake, and then a second exploration licence in December 2012 to a subsidiary of South African firm SacOil.

In July 2012, Tanzania announced that, with Denmark’s help, it planned to purchase a new nine-million-dollar ferry to cross Lake Nyasa’s waters. Malawi’s Ministry of Lands, Housing and Urban Development claimed Tanzania had no legal right to start operating on Lake Malawi, since the ownership and border dispute was unresolved. In retort, Hilda Ngoye, the Tanzanian member of parliament for the Mbeya Region, claimed Malawian fishing and tourist boats were encroaching on Tanzania’s waters.

Things took a decisive turn for the worse when Tanzania’s then acting Prime Minister in the National Assembly, Samuel Sitta, warned that his country would not hesitate to respond to any military provocation.

To date, most tactics have been employed to resolve the dispute between the neighbours: mediation using former Mozambican President Joaquim Chissano, hot talk of army invasions, threats to take the case to the International Criminal Court of Justice, appeals using Southern African Development Community bishops, and diplomatic talks between the prime minsters of Tanzania and Malawi.

But there has been criticism that the dispute has been used to further political careers, rather than ensuring the best interests of the local communities.

“This lake should be used to improve the lot and livelihoods of local people, on both sides. The lake is a resource – instead it’s being used as part of a political game to further political careers,” Local environmental journalist and expert who has followed the story for many years, and writes regularly on it for Swahili newspapers and in his own blog, Felix Mwakyembe, told IPS.

“There’s no border dispute among the local community, it is a dispute among politicians, a political performance at higher levels, eying elections in Malawi in 2014 and Tanzania in 2015. Unfortunately, the local communities are pawns. They lack access to information and education to understand the implications and seriousness of this,” Mwakyembe said.

“There really is no trouble on the ground, none at all. Fishermen from Tanzania are carrying on as usual, and although we know it’s in the news, we’ve no idea why,” he said. 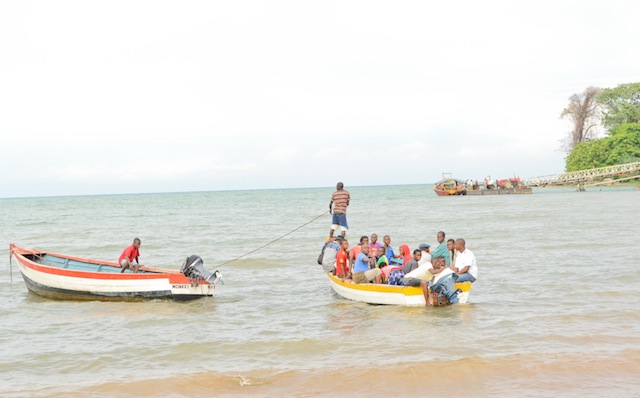 The issues of resource extraction in Lake Nyasa echo other conflicts regionally when it comes to ownership, division of spoils, allocation of licences, and who pays for capital investments.

As with other areas in East Africa, such as the Albertine Rift and Murchison Falls National Park in Uganda, and Virunga National Park in Rwanda,  there are two main oversights in this process – disseminating the results of the Environmental Impact Assessments and comprehensively incorporating community feedback into both the planning of extractions, and the “division of the spoils”.

“I have no idea about the oil plans, none at all. And no, I’ve never even heard of an Environmental Impact Assessment, and certainly not seen one,” Kilumbo said. Laughing, he added: “It’s hard to know what the ‘wazi wazi’ (fuss) is.”

Yet so far, it does not seem local communities understand this conflict, nor their rights in the process.

Nyanda Shuli, the media and advocacy manager of local civil society organisation HakiElimu, or Your Rights, told IPS that the emphasis must be on financial accountability and transparency, and that the flows of income and investment must be directed towards the communities.

“Whatever the outcomes of this current dispute, we need daring thinking to try and tackle the bigger issues of how our communities in rural areas develop, find imaginative ways for people know their rights, and what they can expect, from the poorest marginalised fishing communities around Nyasa, to other communities inland.

“At the moment decisions are taken in the capital, Dar es Salaam, and there’s no connection or meaningful dialogue with the regions at all. It’s more complicated because the distances are so huge, and the transport, telephone networks and roads so poor,” he said.

Amidst the obscuration and disagreements, there is one thing that needs to be remembered. There is “rare earth” (a colloquial name for complex and valuable minerals mostly used for engineering) below the lake, and potentially a lot oil and natural gas.

To date, there is no documentary evidence that either of the local fishing communities, on both sides, Malawi or Tanzania, stand to gain much.

But for now, Kilumbo believes there is enough to go around.

“Yes, I can say the Malawians get the bigger fish, but that’s because we Tanzanians like the smaller, younger fish. But there’s enough to go round. I have no idea about oil plans, none at all.”