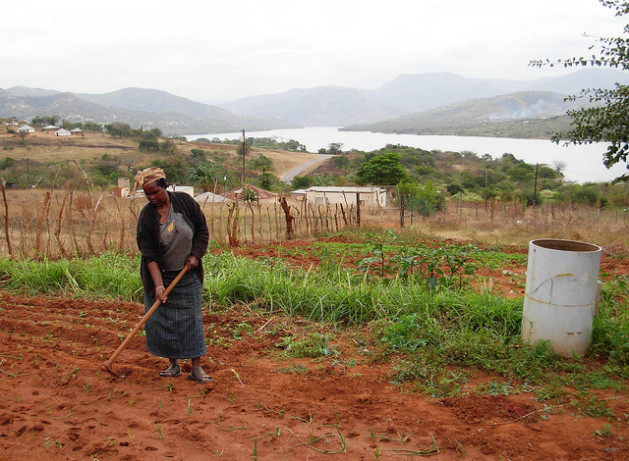 South Africa is one of the most unequal societies in the world. It is estimated that nearly 40 percent of the population lives below the poverty line. Credit: Kristin Palitza/IPS

JOHANNESBURG, May 17 2013 (IPS) - Commentators and business leaders in South Africa believe that the recent announcement of an end to the United Kingdom’s aid programme to South Africa may be the start of a new trend to cut back on aid to this country, and possibly to the rest of Africa.

“This British announcement was not entirely unexpected,” Neren Rau, the head of the South African Chamber of Commerce and Industry, told IPS.

“There is currently a lot of discussion of Africa as a whole being vulnerable to less aid – the funding just isn’t there.”

The announcement in April by the U.K.’s International Development Secretary Justine Greening that her country’s direct aid to South Africa, which is currently worth 19 million pounds a year, will cease in 2015 has drawn widespread criticism in the U.K. and elsewhere, not least because there was no prior dialogue with the South African government.

“There is a high probability of other donors following suit,” Rau said.

“The (possible) loss of aid from the European Union and the United States is something we have been debating for a while. I think that African countries should have planned for this, and expected this. It is very naive to expect aid to flow indefinitely.”

Former Belgian ambassador to South Africa Jan Mutton, who is a research associate in the Department of Political Sciences at the University of Pretoria, told IPS that it would be wrong for any country to depend forever on handouts.

“South Africa is a perfect example to consider for a mixture of trade and aid together,” he suggested.

“There is a classical opportunity to see how we can work together in a new way. So what the U.K. is doing is most appropriate – to look at the most appropriate way of helping South Africa.”

Pretoria-based economist Dawie Roodt of the Efficient Group told IPS: “I have plenty of sympathy with the U.K.’s decision. It doesn’t make sense that a recipient has to agree before aid is halted. That decision is the prerogative of the donor only.

“But apart from that, I am very sure there are, in the view of the British, more urgent aid cases than to give money to South Africa.”

Spokesman at the EU Embassy in Pretoria Frank Oberholzer told IPS that currently EU aid is continuing as planned, but that there are discussions on how best to handle longer-term assistance to South Africa. 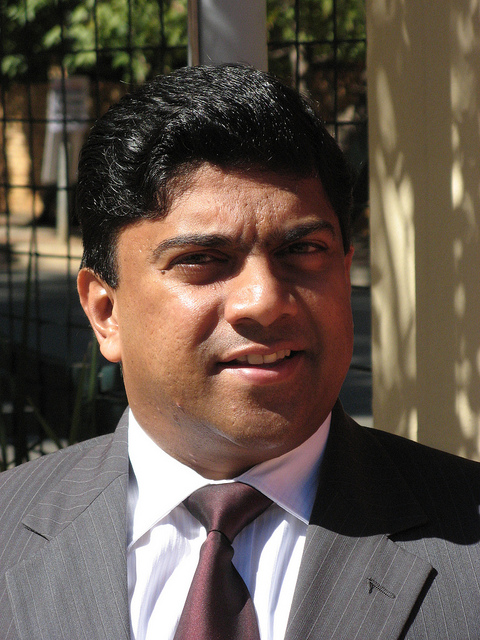 Head of the South African Chamber of Commerce and Industry, Neren Rau, says the U.K.’s cutting of aid to South Africa was not unexpected. Credit: John Fraser/IPS

“While all commitments under this programme come to an end this year we expect to continue disbursing on average some 100 million euros (129 million dollars) per year until 2015.

“Discussions on future assistance in terms of funding and the areas of cooperation are currently ongoing at European Parliament, European Commission and European Council of Ministers level – it is too early to predict an outcome at this time,” Oberholzer said.

“While I do not believe there is debate on development assistance, there is a discussion on how best to assist middle income countries, South Africa being one of these,” he added.

Britain’s opposition Labour Party has been fiercely critical of the aid decision, with a leading Labour member of the European Parliament, Michael Cashman, attacking it in a statement on his website.

Cashman, the chair of the European Parliament Delegation for Relations with South Africa, protested that the decision “was taken unilaterally”.

“It is clear (Greening) is either ignorant of the depths of poverty in South Africa or she is badly advised. Either way she should review this decision immediately, or at the very least work a solution bilaterally with her South African counterpart.”

He confirmed that the EU is reviewing its own development cooperation strategy and stated that “fights have begun to differentiate countries who should still benefit from aid and those who should not, South Africa being one of the most controversial cases.”

“The country is somewhat of a development success story and is the continent’s largest and most developed economy,” Cashman said.

“However, it remains one of the world’s most unequal societies and is blighted by high unemployment and widespread poverty. It is estimated that nearly 40 percent of the population lives below the poverty line,” he added.

Privately, some diplomats in Pretoria suggested that one reason for the U.K.’s decision to end aid to South Africa has been the inability of some government departments to handle it, and to report back efficiently to the donor on how the aid has been spent.

There is also a suspicion that South Africa’s recent enthusiastic alliance with the Brazil, Russia, India and China grouping of leading emerging nations might have sent the wrong signals to traditional development partners such as the U.K.