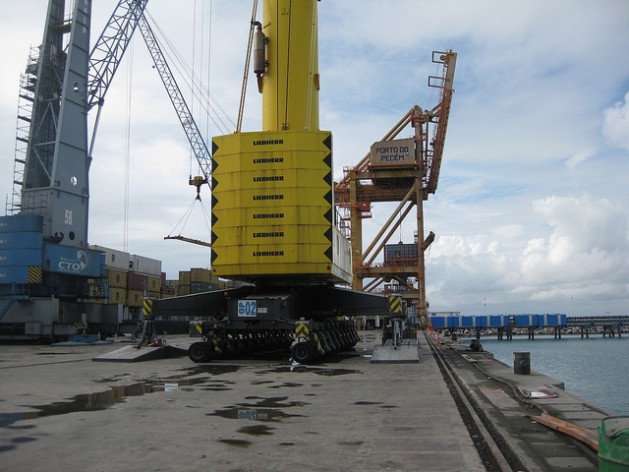 JOHANNESBURG, Dec 19 2012 (IPS) - The five leading developing nations grouped in the BRICS alliance – Brazil, Russia, India, China and South Africa – are planning to intensify efforts to collect accurate trade data, so they can get a better picture of trade flows.

The exercise will help with economic planning, and will give improved insight into the economic links between the five members of the club.

“We can never agree on what our trade is,” Xavier Carim, deputy director general in South Africa’s Department of Trade and Industry, told IPS.

“We collect statistics differently, and we will seek to see why they don’t match. It’s a technical exercise.”

The statistical review is expected to be given a boost at the BRICS summit in Durban in March 2013, which will be attended by heads of government and economy ministers from the five member nations.

“Obviously it is always good to have better data,” Pretoria-based economist Dawie Roodt of the Efficient Group told IPS.

“The better the data, the more efficiently economists can identify trends – and the better they can advise on policy.”

Another leading South African economist, Mike Schussler of economists.co.za, agreed on the need for accurate data. “You must have proper data,” he told IPS. “If you give advice based on data which is wrong, this will have led you to the wrong conclusions.”

He gave the example of South Africa’s trade deficit with China, which appears larger if Beijing’s data is used, and smaller if based on South African numbers.

“Meanwhile, our surplus with some African trade partners may be bigger than the records show,” Schussler suggested.

“The South African Reserve Bank needs accurate data when it is deciding what to do about interest rates.

“It is only fair that we look at data from both sides.”

A South African trade expert, who asked not to be identified because he is not authorised to speak to the media, told IPS that one reason for differences in the numbers may be because there is an incentive to undervalue imports, and to boost the value of exports.

“The customs value of a shipment being imported is the trigger for the import duties which you pay,” he said.

“Therefore there is a strong incentive to under-declare the value of your goods, because you will then pay less duty. Say the goods are worth 100,000 dollars and you declare their value at 50,000 dollars. You pay only half the duty.”

“As a result, customs authorities pay less attention to exports, and indeed some countries may wish to inflate the value of their exports, as this gives them the appearance of a better trade balance.

“And some countries pay export incentives, which are based on the value of the goods, and this means there is every incentive for the exporter to make that value as high as possible, to maximise the incentive. There tend to be very few checks.”

The trade expert said that when government officials are looking at trade data, there is a standing joke that if the numbers tally exactly, something must be wrong.

“But there are ways of getting a more rounded view of what is going on,” he argued. “What you can do is look not just at the trade statistics but at the flows of money as well.

“It is the job of a Central Bank to look at money flows, while the country’s statistics department will look at the trade flows.”

He said that even if all trade data is collected rigorously, there is still scope for legitimate differences between the data in two trade partners.

“In South Africa we value goods based on a shipping term Free On Board (FOB),” he noted.

“We are one of only a handful of countries to do this. In most countries around the world, the value is calculated on the term Customs, Insurance, Freight (CIF). You can’t assume you will get the same result from these two different methods, as CIF will invariably be larger than FOB.”

Carim said that as well as looking at better coordination of trade data, BRICS governments are working on other initiatives. These will be discussed at a meeting of trade and economy ministers, which will take place alongside the main BRICS summit in Durban.

He said there will be a discussion of areas of “inter-BRICS collaboration, with coordination in multilateral fora such as the G20 and the WTO.”

There will be a discussion on how to promote trade.

“Our trade with all the BRICS is growing, especially with China and India,” said Carim. “Trade with Brazil and Russia is off a lower base.”

He said South Africa tends to export minerals and commodities to its BRICS partners, and would like to diversify this profile “with higher-value manufactured goods.”

Discussions at the summit are also expected on customs cooperation, support for small business, and boosting investment.

While the BRICS grouping has no secretariat or formal structures, it is clear that efforts are underway to give an economic and trade backbone to the club, and one test of the success of the Durban summit will be the extent to which concrete measures on all this can be put in place.