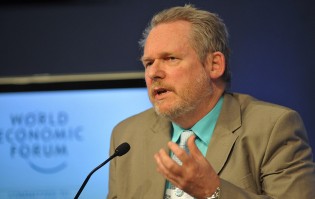 By John Fraser
Not many nice things can be said about the apartheid regime in South Africa. It was racist, violent in the brutal oppression of many of its own citizens, and was despised around the world.

By Kester Kenn Klomegah
Indonesia’s keen interest in becoming the newest member of BRICS – a bloc of emerging-market nations comprised of Brazil, Russia, India, China and South Africa – has sparked off a round of debate on the future and efficacy of South-South groupings.

By Ravi Kanth Devarakonda
Trade envoys of India, Brazil, and South Africa have warned industrialised countries not to hijack the Doha multilateral trade negotiations by adopting the controversial plurilateral approach to liberalise trade in services.

By Isolda Agazzi
Decades after peasants’ networks have advocated for a new legal instrument to protect the rights of small farmers to land, seeds, traditional agricultural knowledge and freedom to determine the prices of their production, the United Nations Human Rights Council (UNHRC) may decide to start drafting a declaration on peasants’ rights next week.

By Mantoe Phakathi
The 146-kilometre railway line to be established between South Africa and Swaziland will help reduce the cost of doing business between the two countries.

By Ravi Kanth Devarakonda
The convergence of leading countries from the global South - China, India, Brazil and South Africa, among others - to assist the poorest countries in sub-Saharan Africa and elsewhere constitutes a new "dynamic" in the emerging global economic partnerships, says the United Nations Conference on Trade and Development.

By Kristin Palitza
South African health experts are calling on governments to use legally available mechanisms to promote the production or import of generic drugs in their countries.

World’s Biggest Hydropower Scheme Will Leave Africans in the Dark

By Kristin Palitza
South Africa and the Democratic Republic of Congo have signed an agreement to build a major hydroelectric power project, which is said to bring electricity to more than half of the continent’s 900 million people. But economic analysts warn that foreign investors will prevent the grid from benefiting the general public.

IBSA: In Conflict with the EU

By Ravi Kanth Devarakonda
When the G20 leaders meet for their fifth summit in Cannes, France, on Thursday, they will be confronted with several worsening global economic and trade issues. Among them is how to strengthen the international trading system and how to overcome the developmental deficit that continues to create an uneven playing field for poor countries.

By Zukiswa Zimela
As the India Brazil and South Africa Summit of heads of state and government starts Tuesday, editors from the respective countries have resolved to provide better coverage of the economic body.
Next Page »
ADVERTISEMENT ADVERTISEMENT