GENEVA, Apr 23 2012 (IPS) - Though the World Trade Organisation (WTO) has long held that trade between African countries is too low, experts at the South Centre, an inter-governmental think tank of developing countries, say intra-continental trade is already significant in manufactured goods and promises a new path to industrialisation. 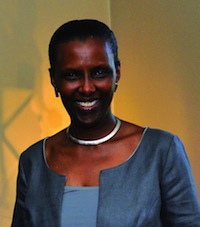 “Trade among African countries is very low. Last year, it stood at 10 percent of the continent’s overall trade,” Valentine Rugwabiza, deputy director general of the WTO, which seeks to reduce barriers and promote aid for trade, told IPS.

“Though Africa’s share in world trade is also very small – less than three percent in 2011 – it is growing very rapidly, particularly with emerging economies; while trade amongst African countries is stagnant.”

With a rigid division of labour inherited from the colonial era, Africa relies on a narrow range of exports and is over-dependent on primary products: in 2010, fuel extraction and mining represented 66 percent of its total merchandise exports.

According to Rugwabiza, lack of investment in infrastructure and non-tariff barriers of all kinds make trade between the 54 countries cumbersome.

“Whereas it takes 18 days to export products from Latin America and the Caribbean, it takes almost 33 days to do so from Africa,” she added, noting that it is also more expensive to ship a container from Africa than from any other part of the developing world.

“In absolute terms, intra-African trade is low,” Aileen Kwa, trade policy officer with the South Centre, told IPS. “In terms of non-oil exports Africa’s internal trade is almost on par with its exports to the EU. Furthermore, the trade growth rate within Africa is the second highest after China and before the United States and the EU. Therefore, it is very promising, also in terms of the quality of exports.”

She explains that, with the exclusion of South Africa, only 10 percent of sub-Saharan Africa’s exports to the EU are in manufactured goods, a figure that rises to 27 percent for intra-regional trade.

“Most of Africa’s manufactured goods go to Africa. So if the continent wants to industrialise, the market that provides the best opportunities is Africa, not China, the U.S., or the EU.”

For Rugwabiza, however, the industrialisation of Africa will require not only strengthening of the domestic market, but also integration into the world market.

“Today, components of the same piece are produced in different countries all over the world. This is a huge chance for Africa to specialise in single tasks and insert itself into global value chains,” she told IPS.

“Some countries already do so, but they are still an exception. Mauritius, for example, produces pieces for H&M, (a major global clothing store). Since it has a reliable logistics and service sector, the multinational knows that it will receive the orders on time and, thanks to a stable and predictable legal environment, that there will be no unexpected regulations coming up,” she said.

Kwa notes that the picture is uneven: in some parts of Africa, intra-regional trade is larger than in others. The total exports of the East African Community (EAC) to sub-Saharan Africa already surpassed their total exports to the EU in 2000. Other countries like Zambia and Senegal also export more to Africa than to Europe.

Rugwabiza belives that Africa, with its high dependence on trade with the outside world, is highly vulnerable to external shocks. This is particularly true of the agricultural sector, as the food crisis has shown.

“In 2008, Africa imported cereals for 15 billion dollars, with only five percent coming from the continent. Agricultural subsidies in developed countries, insufficient investment and low productivity in (domestic) agriculture and non-trade barriers (between African countries) are still a huge obstacle,” she added.

Shoprite (Pty) Ltd, for example, a South African multinational, spends 20,000 a week on securing import permits to distribute meat, milk and plant-based goods to its stores in Zambia alone. For all the countries it operates in, about 100 ‘single entry’ import permits are required each week, but this can increase to 300 per week during busy periods.

As a result of this legal red tape, there could be up to 1,600 documents accompanying each loaded Shoprite truck that crosses a Southern African Development Community (SADC) border.

But things can change. For example, the EAC has managed to substantially reduce the number of control points, while Uganda and Rwanda have set up a common border post that is now open 24 hours a day.

Kwa says that African countries’ over-dependence on imports from world markets, particularly in food, is mainly due to their loss of productive capacities.

She believes there needs to be some balancing between short-term and long-term goals. While in the short run countries must be able to import food quickly and as cheaply as possible to meet their immediate needs, they must, in the long term, produce their own food without relying on imports from developed countries that have an extremely unfair competitive advantage due to the latter’s massive government subsidies.

Relying on imports undercuts domestic producers and undermines their future capacity to produce. Therefore, countries may need to use tariffs and other trade policy tools to stop some of the imports, even from their neighbours, at least for some time.