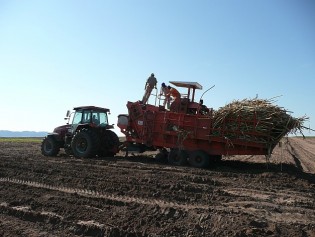 By Siphosethu Stuurman
Thousands of residents in Diepsloot, a large township north of Johannesburg, South Africa, are queuing for hours to access clean, safe water a week after their supply was contaminated by sewage.

By Busani Bafana
Government and sanitation experts say Zimbabwe needs to increase efforts to promote good hygiene and invest in toilets and clean water provision, as the country grapples with a typhoid outbreak.

By Busani Bafana
Residents of Zimbabwe's water-scarce city, Bulawayo, are concerned about the government’s slow response to finding a permanent source of water to cover their needs.

By Katie Lin
As Malawians celebrate Joyce Banda’s appointment as president on sites, like Facebook and Twitter, the increased use of social media in Malawi comes full circle as her new government takes office.

By Mohamed Abderrahmane
A multi-pronged strategy to end female genital mutilation in Mauritania is making gradual progress, though campaigners acknowledge much remains to be done in a country where more than two-thirds of girls suffer excision.

By Ravi Kanth Devarakonda
Trade ministers of the BRICS countries - Brazil, Russia, China, India and South Africa – say that at the G20 trade ministerial summit later this month in Mexico they will try to ensure that attempts by industrialised countries to frame a new trade agenda do not drown development-led trade liberalisation and the World Trade Organization talks.
Next Page »
ADVERTISEMENT ADVERTISEMENT