Stories written by Louise Redvers
Louise Redvers is a British newspaper-trained journalist reporting on Angola, Swaziland, Zambia, South Africa, Africa's interaction with BRIC countries and African Lusophone relationships. Formerly a correspondent for BBC and AFP in Angola, Louise is now based in Johannesburg. She is a regular contributor to the Mail and Guardian, BBC World Service, IPS and The Economist Intelligence Unit and has been published in The Economist, The Guardian (U.K.), The Africa Report, Africa Confidential, the Financial Times, Business Report (South Africa) and others. 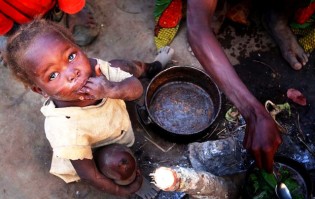 By Louise Redvers
Church groups, local NGOs and international aid organisations have launched appeals to get supplies to drought-stricken southern Angola where people are reported to be dying from a lack of food and water. It is estimated that between half a million and 800,000 people have been affected.

By Louise Redvers
The Angolan government is being urged to carry out a thorough and independent investigation into allegations of sexual and physical abuse by its security forces against Congolese migrants.

By Louise Redvers
South African companies are being urged to use the leverage of its government’s strong political relationship with India to develop new business and investment opportunities.

By Louise Redvers
Domestically abused women who are financially dependent on their abusers can now report the crime with the assurance that they will be able to get financial and medical support from the state, thanks to the country’s new law on domestic violence.

By Louise Redvers
The plan to create a new 26-nation liberalised trade zone for Africa, spanning the length of the continent from Cape to Cairo, could open up more possibilities for South-South cooperation that would benefit Africans.

By Louise Redvers
Fixed targets for universal access to AIDS treatment and funding to make it achievable are what HIV and AIDS organisations want from the upcoming United Nations General Assembly Special Session due to be held in New York next month.

By Louise Redvers
Much is made about China’s footprint in Africa but what about its emerging markets rival India?

By Louise Redvers
An attempt to organise a mass protest against the government in Angola’s capital Luanda this week may have fallen flat, but there is no doubt that a fuse has been lit among people who for so many years have not dared to challenge authority.

By Louise Redvers
Crouched on their haunches on the edge of a crumbling pavement, a group of Chinese construction workers are eating noodles from tin bowls, wearing floppy straw hats under their green safety helmets to protect them from the aggressive midday sun.

By Louise Redvers
As darkness falls on a cool evening in Luanda, a group of women sit huddled under threadbare blankets outside one of the city’s few maternity hospitals. "I have to be here," Paula Silva, 45, said, shivering slightly.

ANGOLA: Drilling Ever Deeper, Hoping for the Best

By Louise Redvers
While BP struggles to contain an oil spill that U.S. government estimates indicate is now the largest ever in the Gulf of Mexico, questions are being asked about how well prepared Africa's oil-producing countries are for a similar incident.

By Louise Redvers
Think small to overcome big problems - that was the message to African governments being urged to do more to increase food security and reduce hunger and malnutrition on the continent.
Next Page »
ADVERTISEMENT ADVERTISEMENT