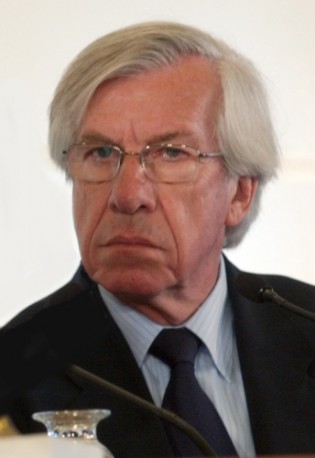 By Marcela Valente
By simultaneously admitting Venezuela into its fold and suspending Paraguay’s membership, Mercosur has sparked dissension within the trading bloc that threatens the future legal architecture of the Southern Common Market.

By Julio Godoy
The voting out of conservative governments in France and Greece this weekend heralds the end of harsh European austerity programmes and ushers in an era of new economic, investment, and social policies aimed at restoring growth and employment across the continent.

By Isolda Agazzi
In a world where governments are increasingly subservient to global finance capital, multinationals are gaining ground in the fight against state regulations that aim to protect the environment, public health or social policies.

By Ravi Kanth Devarakonda
Industrialised countries have mounted an unprecedented campaign to stop the United Nations Conference on Trade and Development from providing policy advice to the poorest countries in Africa and across the globe.

By Julio Godoy
European civil society organisations continue to demand that international financial institutions (IFIs) such as the World Bank and the International Monetary Fund apply the same standards of transparency and accountability to their internal affairs that they demand for governments across the world.

By Humberto Márquez
Venezuela and the United States claim they want to reduce their co-dependence on oil, as supplier and importer, respectively. But their mutually beneficial relationship continues with hardly a hiccup as the years go by, in spite of heated verbal confrontations.

By Ngala Killian Chimtom
Ahmadou Lamine has been forced to close his business selling fuel imported from Nigeria, known locally as "zoa-zoa", because of the Islamic extremist group Boko Haram.

CAMEROON-CHINA: A Wedding with Uncertain Prospects

By Ngala Killian Chimtom
The Cameroon government is increasingly turning to China as a privileged partner in its development efforts. But there are many discordant voices who say the long-term effects of China’s economic relations with Cameroon could be disastrous for domestic industry.
Next Page »
ADVERTISEMENT ADVERTISEMENT