GENEVA, Apr 6 2012 (IPS) - Industrialised countries have mounted an unprecedented campaign to stop the United Nations Conference on Trade and Development from providing policy advice to the poorest countries in Africa and across the globe. 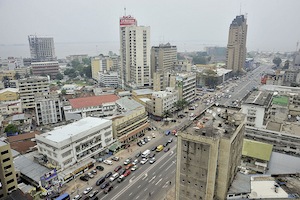 As UNCTAD attempts to secure a new mandate at its ministerial meeting in Doha, Qatar, from Apr. 21 to 26, industrialised countries have voiced their unhappiness with the agency’s policy advice to developing nations.

According to trade officials from developing countries, industrialised countries believe that the agency’s advice on finance, environment, food security, intellectual property rights and development clashes with their market-driven liberal agenda.

“Developed countries do not want UNCTAD to enter into finance on the grounds that it is an area that only the International Monetary Fund and the World Bank must handle,” said Lesotho’s ambassador to the U.N. and World Trade Organization (WTO), Dr. Anthony Mothae Maruping. He is also chair of the UNCTAD negotiating committee in charge of the draft text for the upcoming meeting. Maruping said that he was working to bridge the differences between the industrialised countries, led by the European Union (EU) and the United States (U.S.), and the G77 and China – the coalition of developing countries.

The draft text on the agency’s mandate for the next four years outlines its research and policy advice on subjects including the current economic recession, exchange rate misalignments, the volatility and financialisation of commodity markets, special and differential treatment for developing countries, regional financial and monetary cooperation, and the need for the reform of the international financial and economic architecture. In his report for the Doha meeting, UNCTAD Secretary-General Dr. Supachai Panitchpakdi calls for a paradigmatic shift to development-oriented growth that would bring about sustainable and inclusive economic and social change in the world’s least-developed countries (LDCs).

“The combination of macroeconomic austerity, rapid liberalisation, privatisation, and deregulation not only failed to produce a supply-side revolution but, instead, set the region (Africa) back economically; productivity growth stalled in most sectors, and the informal economy had grown rapidly since the onset of the international debt crisis in the early 1980s,” Panitchpakdi said in the report.

He argued that the time has come for moving away from finance-driven globalisation, which has characterised the dominant pattern of international economic relations based on a one-size-fits-all policy agenda. He said this has had a destructive impact on all countries, particularly on least- developed ones.

However, the aftershocks of the global economic crisis of 2008 continue to reverberate across the world in countries like the United States, the United Kingdom, France, Germany, Greece, and Portugal.

It is little wonder that, despite this, industrialised countries led by the U.S. and the EU are stubbornly pressing ahead with their failed boom-and-bust policies, say analysts.

Against this backdrop, UNCTAD’s meeting in Doha has assumed considerable importance in setting out a new agenda.

“It comes at a time when global economic governance is under close scrutiny, with growing concerns about the health of the multilateral agenda,” said Richard Kozul-Wright, the head of UNCTAD’s Unit on Economic Cooperation and Integration among Developing Countries.

He was referring to the controversial plurilateral negotiating effort among select industralised countries for a free trade agreement on services at the Doha multilateral trade negotiations.

“The stalled Doha Round, the slow pace of climate discussions and the failure of the international community to pre-empt recurrent food crises have added to the growing concerns about multilateralism,” he told IPS.

UNCTAD was the first multilateral body, since its inception in 1964, to point out the dangers of an unsustainable housing bubble and the unsustainable public and private debt of industrialised countries. Its 1997 report cautioned against the downside risks of finance-driven globalisation.

The U.N. agency also cautioned against the demands made on developing countries during the Doha negotiations to reduce the tariffs on their industrial goods to almost zero.

“UNCTAD’s work in all areas is commendable,” said Dr. Matern Yakobo Christian Lumbanga, Tanzania’s ambassador to the U.N. and WTO. “UNCTAD’s assistance in different policy areas is vital for LDCs and it has rightly advised us not to depend on one or two areas of exports or raw materials.” He said that LDCs in Africa have come to realise the benefits of diversification, as advocated by UNCTAD.

The upcoming UNCTAD meeting is going to address the specific concerns of the LDCs, and will focus on durable economic changes such as “broadening the variety and sophistication of goods and services produced so that LDCs are less vulnerable to external shocks,” said Kozul-Wright. “This is the most pressing of the rebalancing challenges, which must include an emphasis on job creation, social protection and environmental sustainability if the opportunities provided by a more open global economy are to improve the lives of many rather than the favoured few,” he said.