IBSA: In Conflict with the EU

GENEVA, Nov 1 2011 (IPS) - When the G20 leaders meet for their fifth summit in Cannes, France, on Thursday, they will be confronted with several worsening global economic and trade issues. Among them is how to strengthen the international trading system and how to overcome the developmental deficit that continues to create an uneven playing field for poor countries. 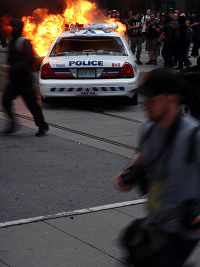 The European Union and its allies remain in conflict with leading developing countries – China, Kenya and the trading bloc known as IBSA (India, Brazil, South Africa) – on the blueprint that trade ministers must agree on at the eighth World Trade Organization (WTO) ministerial meeting in Geneva this December.

So far there is no consensus among the members of the WTO on what the blueprint to addressing the endemic ills plaguing the organisation is, particularly on how to deliver on the developmental promises made in the Doha Development Agenda (DDA), say trade diplomats.

The DDA was launched over 10 years ago to correct the historical imbalances and asymmetries in the global trading system and was designed to enable poorer countries to integrate into the system.

The EU and its allies, including Switzerland, want the G20 leaders to instruct their trade ministers to agree to an “ambitious” agenda that would make the WTO an active and lively body.

“The EU’s stand is also subtly supported by the WTO’s Director General Pascal Lamy, who wants an expanded agenda,” says a trade diplomat familiar with the discussions.

“A number of delegations want new approaches to be consistent with the Doha mandate, suggesting that the WTO could play its role in responding to global challenges, including its role in keeping protectionism at bay,” Lamy told members at the WTO’s General Council meeting last week.

Though Lamy did not mention the exact number of delegations or their composition, he was primarily alluding to a small group of countries led by the EU, says a trade diplomat from the IBSA countries.

Lamy, who will attend the G20 meeting, is expected to lobby leaders for his expanded agenda to revitalise the WTO.

But China and IBSA members do not share the need for an expanded agenda. At a time when the WTO is yet to deliver on the promised developmental goals set out in the Doha agenda, they are asking why members should abandon the single undertaking of the DDA negotiations and embark on a new programme. The single undertaking principle stipulates that nothing is agreed upon until everything is agreed upon in the entire Doha package.

Clearly, there are differing perspectives at play, particularly between the EU, IBSA and China. “We are not telling the public the truth about where we are and how members must make a collective effort to recover the credibility of the organisation,” says Ambassador Roberto Azevedo, Brazil’s trade envoy to the WTO.

He disagreed with the EU’s specific demands, which include an early realisation of select issues, including trade facilitation and improvements in the Dispute Settlement Understanding (the WTO’s procedure for resolving trade quarrels).

“Characterising extremely difficult issues as areas of potential outcome for early harvest would not reflect the truth and would set us up for additional failures to deliver on a realistic promise,” Azevedo told IPS.

IBSA and China have adopted common positions on the DDA and other issues at the WTO. China supports the recent IBSA declaration that reiterated the trading bloc’s commitment to the DDA in addressing the core inequities and uneven playing field that poses problems for the poorest countries trying to integrate into the global trading system. China wants to ensure that there is a strong outcome on the development package.

The emergence of BRICS (Brazil, Russia, India, China, and South Africa) countries on the global stage brought tectonic shifts, even at the WTO. While Russia is yet to join the WTO, China and IBSA present common strategies on developmental issues in the Doha mandate.

In their statement issued on Oct. 19, the IBSA leaders said “the demands of the current negotiations in the Doha Development Round reflect an imbalance in the sense that there is too much accommodation of the sensitivities of developed countries in agriculture, alongside unjust demands on developing countries to open their markets in the services and industrial sectors.”

Over the last three years, the industrialised countries have changed the terms of the Doha negotiations without addressing the central issues. They seem determined to extract a high price involving steep cuts on industrial goods and sweeping market access for services from the four developing countries – China, India, Brazil, and South Africa – for meagre concessions to reduce their subsidies and market access for agriculture products.

In sharp contrast, the EU issued a “non-paper” for the G20 Summit in Cannes, on the same day when the IBSA declaration was made public. Brussels’ “non-paper”, obtained by IPS, is totally silent on the issue of addressing “the high levels of protection and subsidies in agriculture in the developed countries” as demanded by the IBSA leaders.

Incidentally, high levels of protection and tens of billions of dollars in farm subsidies are still prevalent in the EU and several farm defensive countries – Japan, Switzerland, and Norway among others – have more to do.

The EU, however, defended its proposal saying it is “our initiative” and others can discuss their proposals. “We are open to the proposals from other members,” said the EU’s trade envoy Ambassador Angelos Pangratis. “We certainly look forward to other initiatives,” he told IPS, suggesting that Brussels would like members to discuss the elements it had proposed.