Beyond Doha: Better Financing for Development 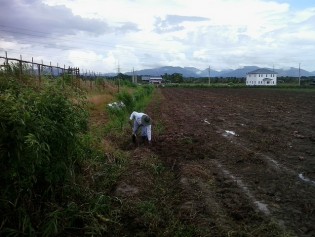 By Bjorn Lomborg
Right now, the United Nations is negotiating one of the world’s potentially most powerful policy documents. It can influence trillions of dollars, pull hundreds of millions out of poverty and hunger, reduce violence and improve education — essentially make the world a better place. But much depends on this being done well.

By Jim Lobe
Given the likely persistence of political pressure to reduce the yawning federal deficit, the United States – whether under President Barack Obama or his presumed Republican challenger, Mitt Romney – must be more selective in its foreign aid programme, according to a new report released here Tuesday by two influential think tanks.

Global Fund for AIDS, TB, Malaria “Not in Crisis”

By Carey L. Biron
Although coming off a rocky year in 2011, the Global Fund to Fight AIDS, Tuberculosis and Malaria is "not in crisis", according to the organisation's deputy general manager, Debrework Zewdie.

By Jennifer Hattam
Worldwide, women are largely responsible for managing family budgets, controlling 65 percent of global spending. But, women’s needs are often ignored when it comes to government budgeting, delegates at an international meet in Turkey's largest city observed.

By Johanna Treblin
Water privatisation has been proven not to help the poor, yet a quarter of all World Bank funding goes directly to corporations and the private sector, bypassing both governments and its own standards and transparency requirements in order to do so, says a new report released Monday.

By Zadie Neufville
Like its Caribbean neighbours, Jamaica is looking for outcomes that will address its food security challenges when world leaders meet in Rio de Janeiro for the United Nations Conference on Sustainable Development Jun. 20 to 22.

By Bari Bates
Decades ago, 15 of Europe’s wealthiest nations made a promise to allocate .7 percent of their respective gross national products (GNP) to official development assistance. Yet despite a commitment that comprises such a small fraction of a nation’s wealth, only a handful of countries are on track to reach this goal by the 2015 deadline.

By Thalif Deen
When the United Nations concluded a two-week session highlighting the plight of rural women last week, the meetings singled out both the achievements and shortcomings of the ongoing relentless battle for gender equality in a world still dominated - and overwhelmingly ruled - by men.

By Jim Lobe
A global coalition of development activists and non- governmental organisations (NGOs) is calling on the World Bank's governors to ensure that Bank President Robert Zoellick's successor is chosen in an "open and merit-based process" that will give borrowing countries a major say in the selection.

By Jim Lobe
Despite strong pressure to reduce the yawning federal deficit, the administration of U.S. President Barack Obama is asking Congress for a slight increase in funding for the State Department and foreign aid next year.

By Charundi Panagoda
As U.N. Deputy Secretary-General Asha-Rose Migiro once put it, "Women hold the keys to unlocking the barriers to sustainable development."

By Peter Richards
As China sees its influence continue to grow in this part of the world, a delegation from the United Kingdom arrived in Grenada last weekend with a proverbial carrot for its former colonies, vowing to create new opportunities for trade, investment and innovation "in our respective economies".

By IPS Correspondents
Figuring out how to change the world for the better is a daunting challenge, but throngs of passionate people are willing to take on the task.
Next Page »
ADVERTISEMENT ADVERTISEMENT