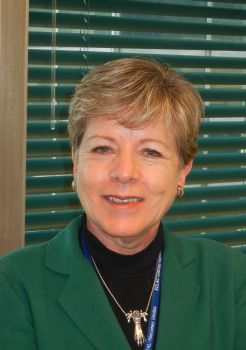 “The real progress in the social arena was in the first decade of this century because we went from 44 percent people living in poverty to 31 percent last year,” she says.

In the lead-up to the major international summit in June known as Rio+20, 19 U.N. agencies collaborated to take stock of progress and challenges in the region over the last two decades.

Bárcena spoke with U.N. correspondent Rousbeh Legatis about ways forward on the path of sustainable development in the region, the historic chance of the upcoming world summit to revisit global governance structures, and the role of the South in tackling problems of a common future.

Q: What are some of the main threats facing the Latin America and Caribbean region? A: One of the important alerts for our people in the region is that the fertility rates are going down in general. However, the place where more children are being born are with youth pregnancies. Poor young women are the ones who are having children.

This is very crucial, because if our region does not invest in the first ages from zero to five years, the future of this region is going to be in the hands of poverty.

Furthermore, we have also analysed where in Latin America and the Caribbean are the areas most vulnerable to climate change according to its expected impact by 2050.

Take extreme events or natural disasters like hurricanes, earthquakes, floods, etc. as an example. Most affected are going to be Central America on the Atlantic side, Mexico on the Caribbean basin, some areas of Ecuador, Peru and Colombia on the side of the Pacific Ocean, and Montevideo (Uruguay) and the port there (on the Atlantic).

It is true that socially we have improved poverty rates, but unemployment is a very important issue in Latin America and the Caribbean. [The rate is] relatively low compared with Europe or the U.S. – 6.6 percent. The problem is the quality of employment: often it is informal and does not provide social security. As important as reducing poverty is reducing inequality.

Q: If we look at the main foundations of the regional economies, we see exploitation and exportation of commodities and natural resources: mining, oil and gas, coal, agribusiness products. Those are the items moving the Latin American economies forward, due to Asian demand. How could the green economy make any impact in this scenario? A: Abundance of natural resources has to be seen as a blessing; the curse is not to have policies to handle it. What we need to do is invest the rents of the extraction of those natural resources in other areas, to build other forms of capital and to replace it with other forms of productivity for the future generations.

It has to be done with the lowest impact possible on the environment. And the rents have to be adequately distributed, we need a better mechanism to guarantee that.

Q: Green economy experiences until now are just case studies, nice examples. In the dominant economic scenario, how can governments find space to take measures like fiscal reforms or subsidies reforms? A: First of all, in our region the term “green economy” is very polemic, because it is seen as a trend imposed by Northern developed countries without proposing also the mechanisms and the costs of this transition and answering the question of who is going to pay for this transition towards this type of economy. And it is seen with fear in terms of protectionism.

What can the governments do? I believe very much in fiscal reform, which is a very powerful sign. Governments with fiscal reforms give signs to the productive agents but also redistribute resources. To make it successful it has to be a consensus-based fiscal reform.

This is what we need, it cannot be imposed. There has to be internal discussions to see where and what is the society ready to pay for this transition, this is essential.

Q: What can be done in terms of solutions? A: So what we are trying to tell the governments is “you do not have to invest in everything but in certain things that are essential for people” – electricity being one, potable water being the other, broadband internet access, public transportation and intelligent construction.

Why not build houses which have solar energy, air conditioning facilities or light already included, to have some engineering or design behind (them) that is already available? In Latin America and the Caribbean, we have space to do things better as to urban planning.

The cash transfer programmes were (also) very successful, like “Bolsa Familia”. This is a programme that took 20 million Brazilians out of poverty in the last 10 years.

If one expands these programmes and conditional cash transfers so that they are not only for education and health, taking the children to school and to the doctor, but also incorporate sustainability measures there, by saying to the community “we are going to give you money but you have to protect the soil”, “you are going to use the water this way”, etc. then you also include some of those sustainability measures.

Okay: in the moment of financial crisis, it is very difficult to achieve this goal now or soon. However, historically developed countries developed themselves with high consumption of energy and resources of the planet. Now it is very unfair to impose this on developing countries, which is more costly.

The other way of achieving this transfer from north to south is through knowledge sharing and technology transfer. That is why we believe patents, training and free exchange of knowledge could be useful mechanisms.

Investment in science, technology and innovation is essential; that is going to be the key for the transition to sustainable development.

Q: What would be a useful outcome from Rio+20? A: To have the sustainable development goals agreed upon, because that puts a lot of pressure on everybody and all the institutions to achieve those goals.

Another thing that we are suggesting is a “Tobin Tax” that should go to sustainable development that is on financial transactions. With a tax of 0.0005 percent, we could get a good amount of money for the world to go for this transition.

From our perspective, multilaterally, the U.N. Economic and Social Council (ECOSOC) should be strengthened. To bring the economic actors to ECOSOC to discuss economics, because what is wrong is economics, the environment is on the receiving end, but we need to change the economics.