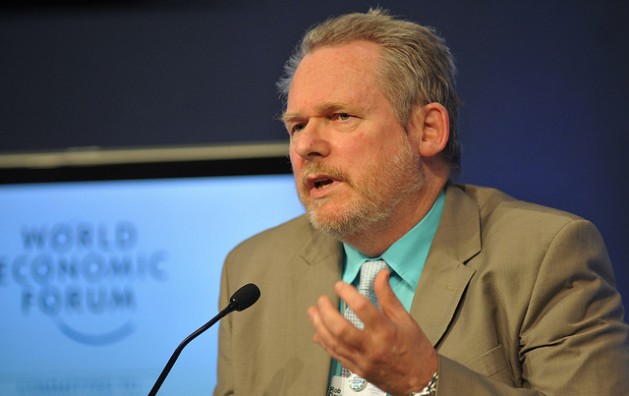 JOHANNESBURG, Jan 12 2013 (IPS) - As the five members of the BRICS group of emerging economies – Brazil, Russia, India, China and South Africa – tighten ranks and seek to expand their global influence, the inevitable trade spats have begun.

A decision last month by South African Trade and Industry Minister Rob Davies to pursue a general tariff increase on chicken imports in response to concerns that Brazil is “dumping” the product could also hit Argentina, a leading trade expert here has warned.

Duane Newman, director of the Johannesburg-based Cova Advisory, explained that Argentina and Brazil, both of which export significant quantities of chicken to South Africa, are the main countries without free trade agreements with Pretoria to protect them from the planned tariff hike.

“There could be some unintended consequences from Minister Davies’ decision not to target just Brazil with anti-dumping duties, but to raise the tariffs,” explained Newman.

An investigation of the chicken trade between the two countries from 2008 to 2010, conducted by the International Trade Administration Commission (ITAC), confirmed allegations that Brazil was dumping whole chickens and boneless cuts of chicken on the South African market.

The ITAC’s findings made a strong case for Pretoria to slap ‘anti-dumping’ duties on the South American nation. The report found that with regard to whole chickens, price undercutting by Brazil caused material injury to South African producers, a loss of market share and a loss of potential growth.

Similarly for boneless chicken cuts, the report found evidence of price undercutting, suppression of South African producers’ ability to increase their prices, and a drop in sales volume, output, market share and growth.

According to Francois Dubbelman of the specialist trade consultancy F.C Dubbelman & Associates, who acts as advisor to the South African Poultry Association, “At that stage Brazil was the largest exporter to the Southern African Customs Union (SACU) of these chicken products, causing SACU producers injury.”

“Thus the industry received no relief against the unfair trade from Brazil for at least five years – although ITAC found there had been dumping and material injury,” he added.

In January 2012, South Africa slapped provisional payments of between six and 62 percent on chicken imports from Brazil but failed to take the next step of imposing targeted anti-dumping duties on Brazil, shifting instead to a general imposition of higher tariffs on all chicken imports.

Newman called the decision a “rare” one, adding, “It will be interesting to understand the detailed reasons for the minister’s decision as it seems as if he is disagreeing with ITAC.”

Newman noted that the increase in general duties on chicken to up to 82 percent from the current 27 percent “will impact all imports of chicken, apart from (trading partners) with which South Africa has a preferential trade agreement like the European Union (EU), the European Free Trade Association (EFTA) and the Southern African Development Community (SADC).”

He said the countries that would be caught by the tariff increases include Brazil, Argentina and some Asian nations. There are existing anti-dumping duties against chicken imports from the United States into South Africa.

Some experts believe that Davies’ decision came in response to Brazil’s June 2012 complaint to the World Trade Organisation (WTO) about the provisional payments imposed by South Africa.

Had Davies opted to convert those provisional payments into anti-dumping duties, experts say, Brazil would have pursued its challenge through the WTO.

A more likley explanation, he said, is that Davies’ decision to spare Brazil from individual anti-dumping duties – announced in a letter to the ITAC on Dec. 21 –  was a strategic one, in keeping with the two countries’ joint membership in BRICS.

According to Dubbelman, Davies justified his actions on the basis of increased chicken imports from several countries, claiming that South African producers require a comprehensive response to deal with the intensified competition.

“Instead of fighting the Brazilians for dumping chicken in our local and highly competitive market, Mr. Davies chose the soft and blunt option of hiding behind general tariffs without providing compelling factual reasons for his actions,” according to James.

Dubbelman warned that the real challenges facing South African poultry producers will remain unless some action can be taken against the EU.

He predicted that Davies will not impose as high a duty as the 82 percent that is currently allowed under international trade rules.

While some options cannot be pursued because of the trade agreement between Brussels and Pretoria, he added, there are provisions for so-called safeguard measures to be imposed on chicken imports from Europe, and he urged the minister to explore this possibility.