NEW DELHI, Mar 29 2012 (IPS) - At their summit in the Indian capital on Thursday, leaders of the coalition known as BRICS – Brazil, Russia, India, China and South Africa – made several noteworthy decisions that experts say hint at the converging of economic and political interests of a disparate regional bloc. 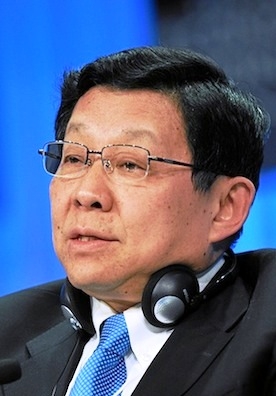 Though the leaders chose to defer the long-awaited announcement of a ‘South-South Bank’ to next year’s meet, or beyond, the ‘Delhi Declaration‘ produced at the end of the summit said BRICS finance ministers have been directed to “examine the feasibility and viability of such an initiative, set up a joint working group for further study, and report back to us (heads of state) by the next Summit (in South Africa).”

“Creating such a ‘BRICS Bank’ involves complex issues, such as the medium of transfer of credit,” said Vivan Sharan, associate fellow at the prestigious Observer Research Foundation (ORF), which hosted a BRICS academic forum of experts and scholars from member countries in New Delhi from Mar. 4 – 6.

“But there are no roadblocks ahead and it is an idea whose time has come,” Sharan told IPS. “While the plan now is to supplement rather than supplant the existing global financial structure, there is clearly the ambition to go ahead.”

For now though, according to Sharan, citizens of the bloc, who account for nearly half the world’s population, can be content with the knowledge that by June there will be a BRICS Exchange Alliance in place, allowing trading options using local currency.

“Investors will soon be able to invest in each other’s progress and there will be greater liquidity, better market-determined integration and the possibility of extending credit in local (currencies),” Sharan said. “Two BRICS countries are among the top five in purchasing power parity terms and four are in the top 10.”

BRICS’ frustration with the policies of the wealthy G7 countries – France, Germany, Italy, Japan, Britain, the United States, and Canada – was palpable at the meeting of the new bloc’s trade ministers on Wednesday with Brazil’s Fernando Pimentel leading complaints of the G7’s tardiness in meeting reforms promised by the International Monetary Fund (IMF).

Pimentel’s concerns were reflected in the Declaration, which said: “The build-up of sovereign debt and concerns over medium to long-term fiscal adjustment in advanced countries are creating an uncertain environment for global growth.”

Further, the Declaration charged that “excessive liquidity from the aggressive policy actions taken by central banks to stabilise their domestic economies have been spilling over into emerging market economies, fostering excessive volatility in capital flows and commodity prices.”

But the toughest statements came over the sanctions imposed on Iran and the situation in the Middle East. “We respect the United Nations (Security Council) resolution but at the same time it does not forbid countries to engage in trade in essential commodities and what is required for human good,” said India’s Anand Sharma at a joint press conference of trade ministers.

China’s trade minister Chen Deming declared that his country could not be expected to follow unilateral sanctions against Iran at a time of rising crude prices that were adversely affecting the BRICS countries and the global economy.

BRICS leaders said in the Declaration they were agreed that the “period of transformation taking place in the Middle East and North Africa should not be used as a pretext to delay resolution of lasting conflicts but rather it should serve as an incentive to settle them, in particular the Arab-Israeli conflict.” “This is indeed a bold declaration coming from a group that is seen as disparate and one known to have divergent interests,” said Pushpesh Pant, a professor at the Jawaharlal Nehru University’s School of International Studies. “Earlier there were flip-flops over issues in the Middle East.”

Pant said it was still left to be seen how BRICS members will be able to carry out any of their articulations. “China has internal problems, Russia looks increasingly European, Brazil cannot shake off its Latin American moorings and India has serious problems in dealing with its neighbours.” “Will membership in BRICS encourage China to support India’s candidature for a permanent seat in the U.N. Security Council is a question that looms up,” said Pant. “Another is the sometimes conflicting interests of the Shanghai Cooperation Organisation (that includes China, Kazakhstan, Kyrgyzstan, Russia, Tajikistan and Uzbekistan.)”

The Declaration said: “China and Russia reiterate the importance they attach to the status of Brazil, India and South Africa in international affairs and support their aspiration to play a greater role in the U.N.”

According to Sharan the strength of the Delhi Summit lies in the Delhi Action Plan (DAP), released along with the Declaration on Thursday, calling for meetings of BRICS foreign ministers on the sidelines of the U.N. General Assembly, and of its finance ministers around the G20 meetings.

There will also be, according to the DAP, meetings of finance ministers and fiscal authorities around those organised by the World Bank and IMF, including stand-alone meetings.

“All this means is that, in spite of the ifs and buts, we can expect more of the kind of coordination seen at the Security Council during the year 2011 and that there is a better chance for multilateral approaches when it comes to global peace and security,” said Pant.