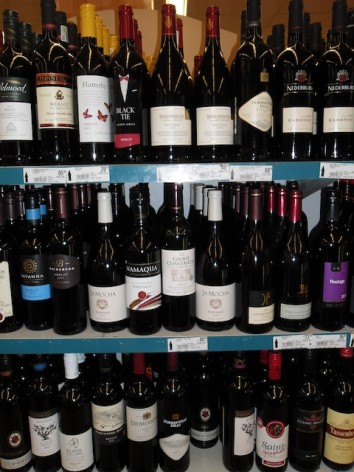 Wine on Sale in a South African Supermarket. Wine is one of the product ranges which could benefit from a new liberalising trade deal between the EU and Southern Africa. Credit: John Fraser/IPS

JOHANNESBURG, Apr 19 2013 (IPS) - There is growing optimism that the countries of Southern Africa are within months of concluding negotiations with the European Union on a major new trade deal, after years of hesitant progress and frustration.

The EU ambassador in Pretoria, Roeland van de Geer, told IPS that the agreement would form part of the bloc’s strategy of clinching regional trade pacts, known as Economic Partnership Agreements or EPAs.

“This could be the breakthrough year,” he said.

He recalled that once South Africa became a democracy under Nelson Mandela’s African National Congress, the EU negotiated an accord, which took a major step towards free trade with the African nation. This was done in a deal known as the Trade, Development and Cooperation Agreement (TDCA), which entered into force in May 2004.

Meanwhile, there are different EU trade arrangements for South Africa’s neighbours, depending on their degree of development, with the greatest access accorded to the least developed states.

Some of these arrangements are due to expire towards the end of next year, and will need to be replaced. And the EU is also hoping to update its trade relations with South Africa, going further down the road of trade liberalisation, while also ensuring that there is a more coherent accord covering the Southern African region as a whole.

If a deal is struck, there will be provisions to ensure that the poorest Southern African nations, which currently enjoy the best export access to the EU market, would retain such access. 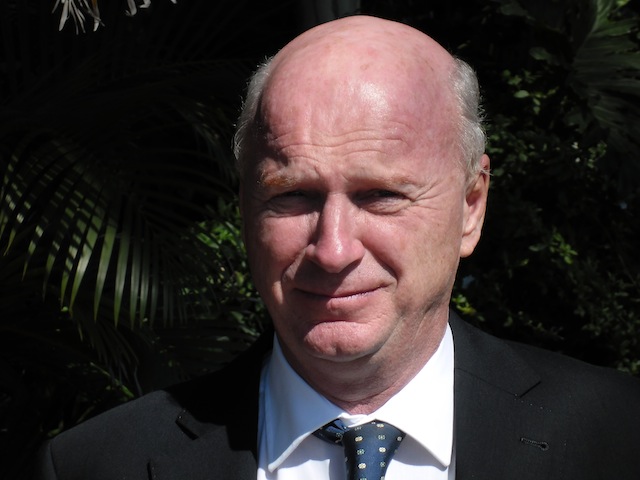 The European Union ambassador in Pretoria, Roeland van de Geer says they are within months of concluding negotiations with Southern Africa on a major new trade deal. Credit: John Fraser/IPS

Van de Geer predicted that if there is a deal this year, it will boost South Africa’s access to the EU for fruit and vegetable products, some of which are excluded from the free trade provisions of the TDCA.

He said that agriculture is a labour-intensive sector of the South African economy, and any benefits that can be given to it will translate into more employment.

“If I could give South Africa two things, it would be jobs and basic education,” said Van de Geer.

“At the moment 90 percent of what South Africa exports to Europe is quota and tariff free, and we want to see how much farther we can go.”

The negotiations are currently very detailed, with product-by-product discussions.

“We are also looking at other related issues, such as Geographic Indications (GIs),” Van de Geer said.

GIs are a way of protecting niche agricultural products such as specialty meats, cheeses, wines and teas, and have not figured largely in South Africa’s trade strategy to date, outside the wine sector.

“We in Europe have more GIs than South Africa, as we are a far larger market of 500 million people,” explained Van de Geer.

“South Africa has fewer GIs, but can protect them in a larger market (the EU market) for products such as rooibios tea, honeybush tea and lamb from the Karoo region.”

The EU has traditionally found it difficult to make trade concessions because of its strong farm lobby. Van de Geer suggested that this is also the case in South Africa, where farmers are nervous about large surges in imports from the EU, and he gave the example of the South African poultry producers, who are calling for more protection against imports from Europe and elsewhere.

He stressed that the EU remains South Africa’s largest trading partner, accounting for around 25 percent of the country’s exports.

“If you take all of South Africa’s BRICS (Brazil, Russia, India, China and South Africa) partners together, you are still not at the level of the EU (in terms of exports from South Africa),” he stressed.

The deputy director-general for International Trade and Economic Development at South Africa’s Department of Trade and Industry, Xavier Carim, would not endorse the prediction that trade talks with the EU will wrap up this year, but he did not rule it out.

“We have made steady progress in the negotiations,” he told IPS.

“We have systematically been dealing with all the outstanding issues and have narrowed the gaps quite well. There are still a lot of outstanding issues, but the EU recently has been a lot more constructive in its approach.”

He confirmed the painstaking, detailed nature of the discussions, and said that there is a range of issues on which there is discussion.

“We are trying to improve South Africa’s market access to the EU, mainly in agricultural products – fruit, vegetables, wine and sugar.  There are 21 or so products we have been requesting,” Carim explained.

“The EU is prepared to consider this, but they want improved access to the markets of South Africa and the Southern African Customs Union.”

Carim said that if such access were given to Europe, it would be on the condition that action could be taken if there is a surge in exports from the EU.

There are also discussions on trade classifications known as rules of origin – which cover goods where one or more inputs come from outside the country of manufacture – and also on how to handle EU insistence that if South Africa gives any other trade partner better access than that currently enjoyed by the European bloc’s exporters, the concession would also extend to the EU countries.

Catherine Grant, the programme head for Economic Diplomacy at the South African Institute for International Affairs, a Johannesburg think tank, said it is in the interests of South Africa and of its regional neighbours to seek a better trade deal with the EU.

“South Africa has its own agreement with the EU; others have different arrangements,” she told IPS.

“This is a useful opportunity to get all our ducks in a row as one bloc.”

She said that South Africa stands to win better access to the EU market for its exports of processed agricultural products, such as canned food, when a new deal is struck with the EU.

She pointed out that the EU has a more generous trade regime towards Chile than it does with South Africa, and said South Africa should aim to close the gap.

“That would mean better access for South Africa, and I hope it will not be terribly opposed by European lobby groups,” she concluded.