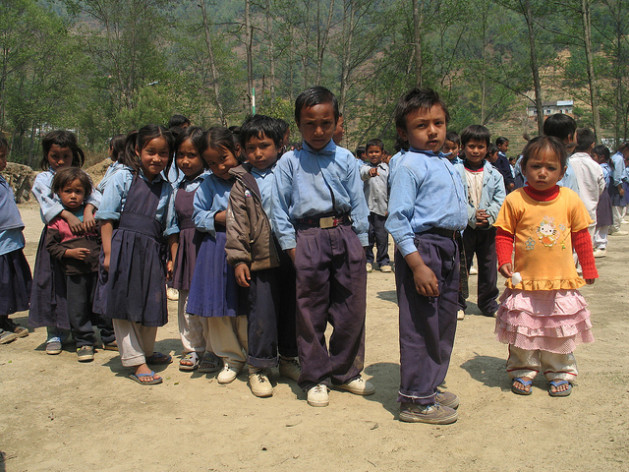 ROME, Jun 19 2013 (IPS) - In addition to the world’s 870 million hungry, many others are suffering from inadequate nutrition that does not allow them to live full lives, or find their fates highly vulnerable to price shifts on global food markets.

Published during FAO’s 38th biennial conference taking place Jun. 15-22 in Rome, Italy, the FAO Statistical Yearbook 2013 combines national statistics from all over the world to paint a global picture of food security and nutrition.

It is already well known that 12.5 percent of the world population, or 870 million people, were undernourished in 2010-2012, 852 million of whom live in developing countries.

Even though significant progress has been made in combating hunger over the past decade, the global economic crisis has put a break on this positive transformation in many places around the world.

While the focus of the first Millenium Development Goal is halving world hunger by 2015, FAO’s Yearbook draws attention to the need to look beyond the number of undernourished, to the number of those who suffer from “food inadequacy”. These are people who might not be considered undernourished under normal circumstances, but do live on a diet that prevents them from adequately conducting physical activities that require significant effort.

Countries such as Bangladesh, India, the Dominican Republic, Ecuador, Swaziland or Kenya have large populations suffering from food inadequacy while not being on the list of states where chronic undernourishment is widespread.

As many of the less-well-off people rely on physical work for survival, governments need to pay attention to this additional indicator, argues FAO.

The statistics compilation also makes it clear that increasing food production will not necessarily bring about a decrease in hunger, unless accompanied by other policies, as Nobel prize winner Amartya Sen stressed in his lecture kicking off the FAO Conference.

While in many countries and regions high food availability is positively correlated with proper nourishment, this is not necessarily the case everywhere. For instance, Egypt’s dietary supply adequacy (indicative of the caloric value of the food available in the country) is 45 percent more than what is deemed necessary for proper nutrition. Yet 31 percent of children under the age of five suffer from stunting, often the result of prolonged periods of inadequate nutrition.

Similar situations occur in Benin, Malawi, the Niger, Kazakhstan or Nicaragua, proving that ensuring adequate nutrition depends significantly on the ability to distribute available resources equitably, without allowing for pockets of poverty to be created.

The world’s poor are not only constantly struggling to meet their nutrition needs, but they are also the most likely to be affected by fluctuations of food prices. This is because the poor spend the highest share of their disposable incomes on food, making them very vulnerable to sudden food price increases or decreases in revenues.

The FAO Yearbook notes several countries around the world are particularly exposed to world food markets: Mexico when it comes to maize, the Philippines for rice, Egypt for wheat and bread.

In many places, food price increases have led to increased hunger rates over the past years: for instance, in Uganda, food prices increased by 25 percent between 2003-2005 and 2010-2012, which came together with a rise in undernourishment rates of 30 percent.

But this is not always the case: rising food prices brought reductions in hunger rates in countries such as China, Nepal and Pakistan. The difference is made by the extent to which the vulnerable populations are net food producers or consumers, and by national policies which may buffer domestic markets from price changes on international markets.