ROME, Jun 18 2013 (IPS) - The world today faces a rather stunning paradox. We produce enough to feed seven billion people, but high prices and other factors have pushed adequate nutrition out of reach for more than one in 10, says Maria Helena Semedo, deputy director general-knowledge at the U.N. Food and Agriculture Organisation (FAO).

Speaking during the 38th conference of FAO in Rome on Monday, Semedo also points out that between 30 and 50 percent of the food produced globally is not consumed.

As FAO member states ponder the next move after the U.N. Millennium Development Goals (MGD) come to an end in 2015, Semedo believes that hunger can indeed be eradicated in the coming decade – by 2025.

“The challenge is to ensure that the poor have the means to obtain the food they need at reasonable cost and in times of crisis,” she says. 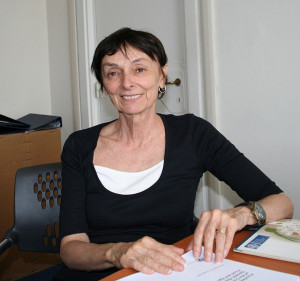 One of the first MDG targets is to halve the proportion of people suffering from hunger by 2015, an achievement many developing countries will not realise, according to the 2012 FAO report, the State of Food Insecurity in the World.

Semedo says there is a need to shift to more sustainable food production and consumption patterns because some countries, in Africa, for instance, produce little of what they eat, instead relying on pricier, more volatile imports.

In the end, smallholder farmers, women and youth will be the critical agents of change in achieving MDG One and economic development, Semedo says. “They are not the problem but the solution.”

As the continent with the highest proportion of malnourished people – 23 percent – Africa has come up with a clear strategy through its New Economic Partnership for Africa’s Development (NEPAD).

Two-thirds of the continent’s population is also under the age of 35, and NEPAD’s CEO Dr. Ibrahim Mayaki says agriculture can drive economic development to help create employment opportunities.

But there is a need to create stronger linkages among various sectors, including health, education, science and technology, to drive the post-2015 development agenda, he says.

“The main single message from Africa is that the post-2015 agenda is structural economic transformation,” says Mayaki.

NEPAD provides the critical framework and context to structure the thinking, strategies and priorities for Africa’s thrust on the post-MDG era, he says.

“It can’t be done without agriculture and food security,” Mayaki adds.

Africa’s message seems to be in line with FAO Director General José Graziano da Silva’s vision “of an interconnected and yet peaceful, fair and culturally diverse world,”  that guarantees all human beings their fundamental right to food and a life free from hunger and malnutrition.

To realise this vision, he urges member states to ensure that sustainable agriculture and food security nourishes people and nurtures the planet.