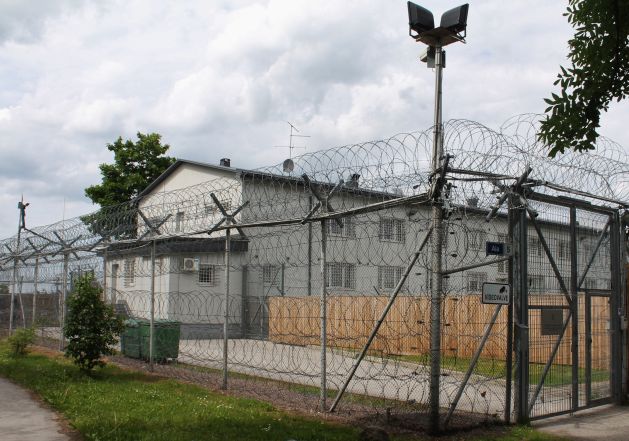 TALLINN, Estonia, Jun 19 2013 (IPS) - For asylum seekers, Estonia is the least attractive country in the European Union, so the numbers say. According to Eurostat only 75 people last year asked for protection in this country that borders Russia and Finland. Local human rights activists suspect that many of those in need for help are turned down at the border without getting a chance to ask for asylum.

“We are from Syria and we want protection,” a 28-year-old veterinarian (he withheld his name for security reasons) said at the border when Estonian guards pushed him on the floor. The Syrian recalls to IPS how they told him and his friend to return to Russia.

In desperation, he tore up his passport. By Estonian law, asylum seekers are obliged to apply for protection at the border. If they fail to do that or if they do not have a valid document, they are taken to an expulsion centre, where they can hand in their application.

The Syrian was lucky. “Those who apply for asylum in the expulsion centre at least get the chance,” Kristi Toodo, head of the Estonian Refugee legal aid clinic tells IPS. “But all the others who have documents and can be sent back to Russia – we don’t know anything about them.”

“This is manipulation,” says Shaheed, an asylum seeker from Pakistan. “They don’t take the application at the border and they don’t provide you with any paper or anything so you could write your request.” He says the very first word he spoke at the border was “asylum”, so there couldn’t have been any misunderstandings.

In court it is the asylum seekers’ word against that of the guards. “We cannot prove these incidents if we don’t have someone to monitor the border,” Kristina Kallas, head of the Estonian Refugee Council tells IPS.

For years the UN Refugee Agency (UNHCR) has proposed independent observers to monitor Estonian borders, but without success. Three years ago they pointed out in a report on Estonia the “remarkably low number of registered asylum seekers at the border” and the “possible lack of access to the asylum procedure for persons in need of international protection who are being turned away at the border.”

Anhelita Kamenska, director of the Latvian Centre for Human Rights, remains noncommittal. “Many of the State Border Guard facilities have not been monitored independently by anyone in the past. It takes time to build trust on both sides.”

There is no reason to distrust the administrators at the border, says Ruth Annus, head of the migration and border policy department at the Estonian Ministry. There is no evidence for stories of people turned away at the border, she tells IPS in her office in Tallinn. “Estonia has so few applicants, because it’s simply not an attractive country for them.”

Estonia’s living standards are lower than those of its neighbouring countries like Sweden or Finland, she says, and the country is not on the refugee route, like Malta or Italy.

Markku Aikomus, senior regional external relations officer at the UNHCR regional office for the Baltic and Nordic Countries tells IPS that it is each government’s right to secure its territory, especially as migration movements are getting ever more complex and involve millions of migrants. “But it is also vital that even the strictest border management does not prevent those seeking international protection in accessing their territory.”

The Syrian has been at the expulsion centre for two months now and has no idea when he will be freed. Some have second thoughts. After six months of waiting and no progress in sight Pakistani Naveed-ur-Rehmaan decided to take his application back.

“Yes, I will have problems with Pakistani terrorist groups, but at least in Pakistan I have freedom,” he tells IPS at the expulsion centre, where this correspondent met him, the Syrian and two other asylum seekers, who have been waiting for their court decisions for months. The building, surrounded with wire fence, looks like a jail located next to it. “They are just degrading us. I cannot take it any more.”

Last year 17 people left the country before their asylum decisions were made. For many, Estonia is just a transit country, a door to the EU.

Stories about how welcoming different countries are spread fast among asylum seekers. Human rights lawyer Toodo believes that this might be one of the reasons why Estonia is so unpopular. On the other hand, Estonia has the European Union external border. “We have a responsibility towards other EU countries,” Toodo says, adding that she can also understand the Estonian government’s stand.