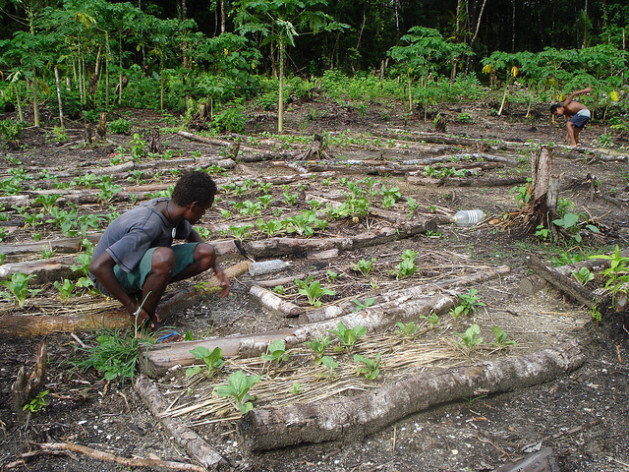 ROME, Jun 20 2013 (IPS) - The world needs a more sustainable food production system based on knowledge that prioritises the conservation of natural resources to boost agricultural yields over the heavy use of pesticides and other chemical inputs, say experts promoting the concept of agroecology.

A holistic study of agroecosystems focusing on environmental and human interrelationships, agroecology has been practised since the advent of agriculture thousands of years ago, and could offer answers to the challenge of producing food safely and sustainably for a rapidly growing global population.

“This practise is critical now because agriculture took a different pathway through the Green Revolution, so intensification was done based on inputs which caused a lot of consequences to natural resources, and therefore it is important to readjust those damages to environmental resources and produce  food in a different way,” FAO senior officer in the Department of Agriculture and Consumer Protection Caterina Batello told TerraViva at a side event discussing agroecology as a path to the future.

“If we want to continue producing and increase production and maintain natural resources, this is the only way to go,” she said.

Batello said agroecology is being taken more seriously now because there is a growing body of scientific evidence that it works to sustain agricultural production and ensure resilience to climate change.

One recent report by the U.N. special rapporteur on the right to food cites evidence showing agroecology techniques increased crop yields by 80 percent in 57 developing countries, with an average of 116 percent for all African projects.

“This is absolutely an important opportunity for developing countries, because it values existing traditional practises and can help farmers by increasing their knowledge to adopt new practises, but always based on their local ecosystems and the capacity of that system to produce.”

Agroecology developed as a response to concerns about the decline of natural resources, including biodiversity loss, as a result of modern agricultural practises.

Fattoum Lakhdari, director of the Centre of Scientific Research and technical of Arid Regions (CRSTRA) in Algeria, says the world of science and agriculture needs to embrace local knowledge and academic knowledge for sustainable agriculture.

“Throughout the world, we need to converge more the scientific and the agricultural research. We need to work on the idea of involving communities in the development of academic best knowledge and not to neglect community knowledge.”