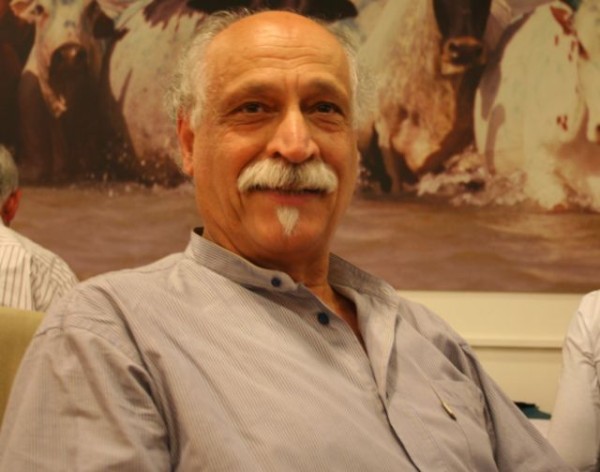 ROME, Jun 21 2013 (IPS) - The International Planning Committee for Food Security (IPC) is the largest organisation of small food producers in the world, representing 300 million people, including La Via Campesina with its 200 million members.

It has been keeping an eye on FAO for over two decades. According to Onorati, the U.N. body has made significant progress in this period.

“In the 1980s, you couldn’t have imagined entering to the conference of FAO as civil society unless you maybe knew someone who brought you to a reception,” he tells TerraViva. “Now we are participants in the World Committee on Food Security and we are starting to have a say in the FAO technical committees. It is another world.”

Q: Why did IPC focus its work on FAO?

A: At FAO, the decision is made according to one state – one vote rule, which is very important, because in other places, such as the World Bank, the rule is one dollar – one vote.

Q: What important changes do you note in the organisation?

A: One interesting change we are seeing now is the increase in financial contributions from BRICS countries [Brazil, Russia, India, China and South Africa]. More important than the money they put into FAO is the fact that large developing countries are breaking the powerful dominant position of the OECD countries.

And this is important because the model of OECD countries is not able to bring new solutions, while we are seeing interesting things coming from developing countries: Brazil’s Fome Zero programme is famous, but what is less known is that China too has managed to cut the number of its food insecure people to half.

Another welcome change is that regional conferences are coming before the international one in Rome, so regions have a bigger word to say in setting priorities.

Q: What do you think of Da Silva’s programme for reforming FAO?

A: The reform is a necessity. Reducing staff and establishing clear chains of command was welcome. The food systems approach proposed by FAO is something we very much favour but might be resisted by some of the member states.

Trust funds, on the other hand, are a way for governments to condition FAO’s work: when a donor gives an amount, that donor can indicate the use of the money [the regular budget was 1.005 billion U.S. dollars for 2012/13 and voluntary contributions stood at a similar level]. It would be important to break the conditionality between the donor money and FAO’s work, but we are far from that step.

Q: How substantial do you feel is FAO’s engagement with civil society?

A: The real breakthrough was becoming participants in the World Committee on Food Security [the Committee is the part of the FAO structure focused on food security policies]. When it comes to FAO itself, the technical committees represent the essence of the work and there is where we have to have more space. In the biennial conference, we get to speak at the end of the end of the end and as NGOs.

FAO was set up after Yalta, which was a deal between big powers and big men, and in the spirit that peasants do not understand anything. But the reality is different and there is an increased recognition now that we have to be a part of the decision-making process because we are a part of the solution. If you don’t speak to the peasant, with whom do you speak?

The current DG and the previous one have been very supportive of this change. Governments too must understand that they should not be afraid of the small food producers, who are their citizens.