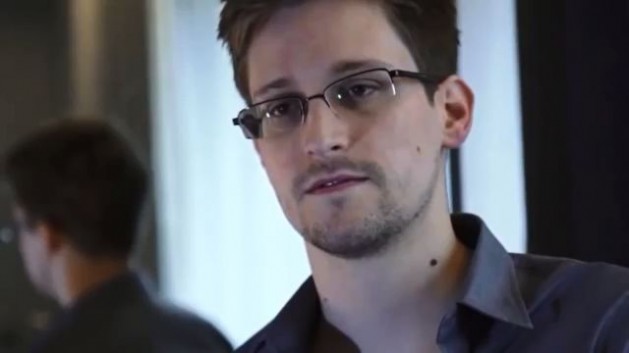 RIO DE JANEIRO, Jul 16 2013 (IPS) - Brazil, reportedly one of the main targets of U.S. signals spying, is attempting to untangle a web of hi-tech espionage with low-tech equipment reminiscent of a novel by British author John le Carré.

Brazilian foreign affairs expert Marcos Azambuja told IPS he was surprised by the extent of Washington’s spying on Brazil, as revealed by the Globo newspaper based on information from former U.S. intelligence contractor and whistle blower Edward Snowden.

“The violations of privacy and spying on phone conversations and email were so vast and invasive that it is hard to find any parallel in the past,” he said.

“In the past, spying had a specific target. It was very low-tech, and action was taken on the basis of suspicions,” said Azambuja, who between 1989 and 2003 served as head of the country’s delegation on disarmament issues and human rights to the United Nations in Geneva, secretary general of foreign relations in the foreign ministry, and ambassador to Argentina and France.

“But now, le Carré’s novels look like they were written in the Middle Ages,” he said. “We are looking at a qualitative and quantitative change in espionage.”

The governments of Brazil and other South American countries reacted angrily to news of the spying.

Brasilia asked for explanations from U.S. ambassador to Brazil Thomas Shannon, and launched an investigation to find out whether local telecoms companies were accomplices.

The government also reported that it would press for better multilateral rules governing telecoms security and would present initiatives in the U.N. with the aim of preventing abuses and the invasion of the privacy of users of social networking sites and protecting national sovereignty.

But Brazil “is still in diapers” in terms of cyber-security, Defence Minister Celso Amorim told Congress.

Less than 44 million dollars were earmarked for cyber-security in the 2013 budget – one quarter of what the United Kingdom spends, for example.

The documents reported on by Globo indicate that over the past decade, the U.S. National Security Agency (NSA) and foreign companies operating in Brazil spied on Brazilian citizens and companies and foreigners travelling or living in the country.

In January, Brazil came second only to the United States in terms of the number of phone conversations and emails intercepted – 2.3 billion – indicating that it was one of the top priorities for espionage, along with China, Russia, Iran and Pakistan.

It was reported that at least until 2002, Brasilia was a base for satellite espionage by the NSA and the CIA (Central Intelligence Agency), a “privilege” shared by just 15 other countries around the world. The base was the only one in South America, although neighbouring countries were also apparently spied on.

“I’m surprised by the importance given to Brazil, which has a marginal role to play in the fight against terrorism,” said Azambuja.

The only concern voiced by Washington in that respect is the tri-border region shared by Brazil, Argentina and Paraguay. According to the U.S. government, there is a supposed presence of Islamist groups in the area – an allegation that has been systematically denied by the three South American countries.

But the United States’ illegal activities would be more serious, the diplomat said, if the espionage was carried out for “even less justifiable reasons.”

Today Brazil is the world’s sixth largest economy, where giant ultra-deep offshore oil fields have been discovered in recent years. It is also developing nuclear technology for peaceful purposes, its fast-growing aviation sector competes in international bidding and tendering processes, and it has other companies operating abroad in areas like oil, mining and construction.

Clóvis Brigagão, a professor at the Cándido Mendes University, told IPS the reason for the espionage could be “Brazil’s independent stance in international politics.”

He added that Washington “may have found another phantom enemy in this country” because of Brazil’s aim to win a permanent seat on the U.N. Security Council, or its stance towards Turkey and Iran.

Raw materials, “which in Brazil involve strategic resources,” and the U.S. “obsession to maintain its hegemony in this area” also play a role, he said.

Celso Pereira, a professor at the Rio de Janeiro Federal University, said the espionage could be explained by “Brazil’s international weight and the stature of its economy.”

“The Brazilian government is not irresponsible, it has normal relations with Iran and with the Arab countries,” while maintaining “close ties with Venezuela, Ecuador and Bolivia,” all of which have “significant conflicts with the United States,” he said.

“It’s not that things are different from the times of the Cold War,” Pereira told IPS. “The novelty here is that we are looking at a new kind of espionage by means of the Internet, which facilitates the invasion of sovereignty and people’s privacy,” and not only by the United States, Pereira told IPS.

“What are the rules in this new game? I don’t know,” said Azambuja. “In the past, it was rival countries that were spied on, with almost artisanal techniques, but now we are experiencing an unprecedented moment in international relations, marked by the penetration capacity of the global communications system, through supercomputers.”

It is a new international order or “disorder,” the diplomat said, which requires greater technological development at a national level, in first place to determine the scope of the espionage, which in the past was “selective, limited.”

In that sense, Brazil is staking its bets on the launch of a national satellite, undersea fibre optic cables, and an Internet data collection centre.

But there are still risks of cyber invasion.

The U.S. ambassador, who denied that such surveillance was carried out in Brazil and said there was no agreement with Brazilian companies to gather data in this country, reportedly admitted that the U.S. does collect “metadata” – records of addresses, telephone numbers, the date and time emails are sent – but supposedly without accessing the content of messages.
”Even if we protect data with encryption software, the mere detection of this kind of contact is already information of analytical value to an eventual adversary of the country,” said Minister Amorim.

Brigagão said the region was looking at a new kind of international cyber-espionage crime that must be placed on the world agenda.

Pereira was pessimistic. “In South America, we don’t have the technological conditions that the U.S. has to spy and carry out counterespionage. This is going to keep happening,” he said.