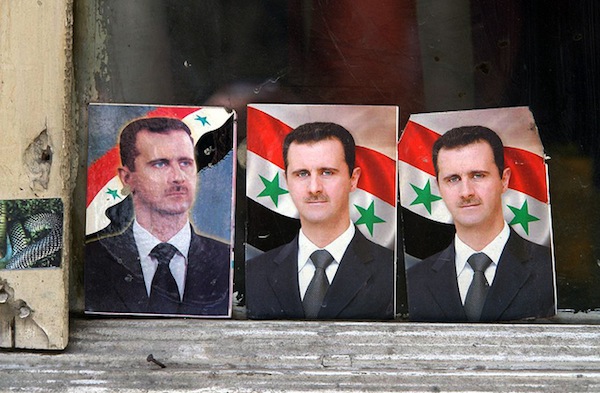 WASHINGTON, Aug 30 2013 (IPS) - U.S. President Barack Obama indicated Friday he would soon conduct what he called “very limited” military action against Syria to punish its alleged use of chemical weapons which, according to the White House, killed more than 1,400 people in several Damascus suburbs last week.

At a brief press appearance, Obama insisted that he still was consulting with lawmakers on Capitol Hill and foreign leaders and had not yet made a “final decision about various actions that might be taken” to enforce the international norm against the use of chemical weapons. The options he was considering “would be very limited and would not involve a long-term commitment or a major operation,” he said, and would “in no event…involve boots on the ground.”

“But we are looking at the possibility of a limited, narrow act that would help make sure that not only Syria, but others around the world, understands that the international community cares about maintaining this chemical weapons ban and norm,” he said, stressing that U.S. “national security interests” were at stake.

Obama spoke shortly after his secretary of state, John Kerry, read a lengthy statement summarising the unclassified evidence about the alleged attack and the Syrian government’s responsibility for it and stressing the importance of Washington and the world’s reaction.

Syrian President Bashar Al-Assad’s use of chemical weapons not only threatens international arms-limitations accords and potentially the security of neighbouring countries, notably Israel, Jordan, Turkey and Lebanon, according to Kerry, but it also “matters deeply to the credibility and the future interests of the United States of America and our allies.”

“It is directly related to our credibility and whether countries still believe the United States when it says something. They are watching to see if Syria can get away with it because then maybe they too can put the world at greater risk,” he said, explicitly citing Iran, Hezbollah and Iran.

“It is about whether Iran, which itself has been a victim of chemical weapons attacks, will now feel emboldened in the absence of action to obtain nuclear weapons. It is about Hezbollah, and North Korea, and every terrorist group or dictator that might ever again contemplate the use of weapons of mass destruction.”

As Kerry was speaking, the White House issued a four-page briefing paper apparently cleared by the Office of the Director of National Intelligence (ODNI) about the alleged Aug. 21 attack. It concluded “with high confidence” – one level short of “confirmation” – that the Syrian government was responsible and that it was “highly unlikely” that opposition forces could have carried it out.

The paper said U.S. intelligence had intercepted communications involving a senior official who confirmed the regime had used chemical weapons and was concerned with the U.N. inspectors in the country at the time finding evidence. It also charged that in subsequent days Syrian artillery greatly intensified its shelling of the affected neighbourhood in an effort to cover up the evidence.

The paper, which was based on “human, signals, and geo-spatial intelligence, as well as a significant body of open source reporting”, including 100 videos, made what it called a “preliminary” assessment of 1,429 people killed in the attack, including at least 426 children.

Friday’s developments followed multiple setbacks to Obama’s efforts to rally support here and overseas for any military action he may undertake and which some observers believe could come as soon as Saturday, when U.N. inspectors are expected to leave Syria and report back to the world body.

While the Arab League earlier this week denounced Syria for the alleged attack, it did not endorse military reprisals, calling instead for the “Syrian regime [to be held] fully responsible.”

And, in a vote Thursday evening that stunned the administration, the British Parliament rejected a watered-down motion by Prime Minister David Cameron calling for consideration of international military action on humanitarian grounds in response to the chemical attack.

According to commentators, the vote – which means that, for the first time in the post-Cold War era, Britain is unlikely to join the U.S. as part of a military “coalition of the willing” – was attributed in large part to the legacy of distrust, especially about Washington’s misuse of intelligence, left by the George W. Bush administration in its drive to war in Iraq ten years ago.

That leaves France and Turkey as the only U.S. allies that have said they are willing to take action along with Washington, although some U.S. officials said Friday they believed more countries would join.

Back home, meanwhile, lawmakers, including some who were briefed by top administration officials in a 90-minute telephone conference call Thursday evening, appeared deeply divided both on the strategic wisdom of the kind of “limited” attack that Obama appears to be planning for and on whether he should be required to seek Congressional authorisation before an attack takes place.

More than 160 members have signed letters calling for Obama to ask Congress for authorisation. Particularly notable were statements issued over the past two days by the far-right senior Republican on the Senate Armed Services Committee, Oklahoma Sen. Jim Inhofe, opposing any military action due to the “financial crisis in our military”.

Democrats have also voiced concern that even the “very limited” actions Obama is considering – reportedly “stand-off” strikes by ship-based cruise missiles against selected military targets – could create a “slippery slope” toward greater involvement in Syria’s civil war, particularly if Assad or his allies retaliate in some way, either by escalating the war or striking out against possible targets in other countries, notably Lebanon or Iraq both of which have seen an upswing in sectarian violence.

Still, faced with the shocking videos of the aftermath of last week’s alleged attack, an otherwise war-weary public appeared to be moving more in favour of military action, so long as it was indeed limited. Thirty-one percent of respondents in a poll taken earlier this week agreed with the proposition that the U.S. has a responsibility to prevent Syria from using chemical weapons.

In his remarks, Obama stressed both his understanding for what he called a “certain suspicion of any military action post-Iraq”.

“My preference obviously would have been that the international community already acted forcefully,” he said. “But what we have seen so far at least is an incapacity at this point for the [U.N.] Security Council to move forward in the face of a clear violation of international norms.”