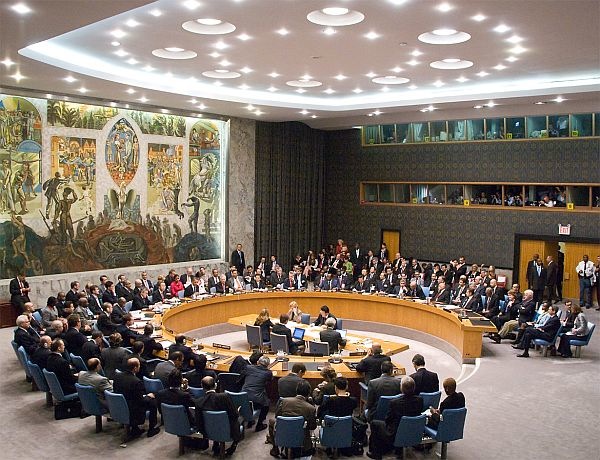 UNITED NATIONS, Aug 28 2013 (IPS) - When the administration of President George W. Bush launched a military attack on Iraq in March 2003, it was nearly 18 months before Kofi Annan, then-U.N. secretary-general, described the invasion as “illegal” and in “violation of the U.N. charter” because the United States did not have Security Council authorisation.

But Annan paid a heavy political price for his words, recounts James A. Paul, who has closely monitored the United Nations for nearly 19 years as executive director of the New York-based Global Policy Forum. The Bush administration was so furious that Annan soon came under attack and virtually his entire senior team were driven out of their posts by U.S. pressure, he said.

Asked if current Secretary-General Ban Ki-moon would follow in Annan’s footsteps should the U.S. military attack Syria without the blessings of the Security Council, Paul told IPS that “however much international law is disregarded, we can expect Ban Ki-moon to act cautiously and say nothing of substance.”

“This is his own proclivity anyway, but he will also be looking over his shoulder and noting what happened to his predecessor,” Paul added.

As the administration of President Barack Obama has started beating the war drums, there is speculation that the United States may bypass the Security Council – primarily because any resolution invoking Chapter 7 of the U.N. charter, endorsing military action, is expected to be vetoed by Russia and possibly China.

A draft resolution on Syria, initiated by the United Kingdom, is currently circulating but may be shot down before it reaches a formal council meeting or is vetoed at a meeting.

A strong supporter of the beleaguered Syrian President Bashar al-Assad, Russia has already exercised its veto three times, along with China, preventing sanctions against Damascus.

The United Nations also appears to be heading towards a political confrontation with the United States, which has already declared that Syria had used chemical weapons, upstaging a team of U.N. inspectors inside Syria still trying to establish the facts.

At a press conference in the Peace Palace in the Hague, the secretary-general said the use of chemical weapons by anyone, for any reasons, under any circumstances, would be an atrocious violation of international law.

"International law says that military action must be taken after a decision by the Security Council."
-- Lakhdar Brahimi

But it is essential to establish the facts, he said, taking a dig at the United States. “A United Nations investigation team is now on the ground to do just that,” he added.

Just days after the attacks, the team has collected valuable samples and interviewed victims and witnesses, but it needs time to do its job, Ban said. His request for more time comes amid reports from Washington that the United States has already asked Ban to withdraw his inspection team.

Paul told IPS the chemical weapons attack in Syria and the debates in the Security Council recall previous episodes when Washington sought backing for war. “Who can forget the presentation by [then-U.S. Secretary of State] Colin Powell to the council on Feb. 5, 2003, a presentation riddled with falsehoods, he later said he felt regret about?”

The leader of the U.N. inspection team in Iraq at that time, Hans Blix, has commented tellingly on the rush to war in Syria.

Recalling how the U.S. and the UK preempted the U.N. inspection process, he has warned that this time “we cannot rely on the self-interested pronouncements of powerful states and the facts must be considered dispassionately.” The United States is not the world’s policeman, Blix added.

At his press conference in the Hague, Ban implicitly called for Security Council, not unilateral, action against Syria, saying, “Let us adhere to the United Nations Charter.”

He said it was necessary to pursue all avenues to bring parties to the negotiating table and that the joint envoy of the United Nations and the Arab League, Lakhdar Brahimi, continues his efforts. Above all, he added, the Security Council must uphold its moral and political responsibilities under the U.N. Charter.

But at a press conference in Geneva, Brahimi was more forthright in stressing the primacy of the Security Council. “International law says that military action must be taken after a decision by the Security Council,” he said. “What will happen, then again, I don’t know.”

He tempered his comments by pointing out that “President Obama and the American administration are not known to be trigger-happy.”

Citing legal precedence, Paul told IPS the Syria situation under international law is clear: The U.N. Charter allows only two cases of military action against another state: in self-defence against an imminent attack and in response to a Security Council resolution.

Neither will apply in this case, because a resolution, if brought, would be vetoed, Paul predicted.

So Washington is reaching for other justifications and looking at past interventions for recycled rationales. One is the concept of moral policy and the related “just war” idea, promoted by former British Prime Minister Tony Blair in his famous speech in Chicago in defence of the Kosovo NATO bombings in 1999.

This dangerous approach enables powerful countries to attack others on the basis of supposedly ethical judgments, “judgments which we know are always rooted in their self-interest”, said Paul.

Another approach is the less appealing idea that military action is illegal but legitimate, proposed after Kosovo by a panel of jurists but widely regarded as dangerously vague and subjective.

Yet another rationale, currently more faddish, is the idea of “responsibility to protect” (R2P). It is the idea that if states fail to protect their citizens, the international community should act. But here, too, the ground is very shaky, Paul noted.

R2P, as spelled out in 2005, is vague and does not justify action outside U.N. authorisation. So Washington is in a pickle, worsened by the refusal of the Arab League to give regional justification for military action, he said.

Any talk about Security Council paralysis sidesteps the issue of the veto that, used as a threat, blocks council action on a nearly daily basis and is used prolifically by Washington and all other permanent members.

“More bombing will not solve Syria’s problems nor set in motion a new and more responsible government,” Paul declared. “It will only prolong the killing.”