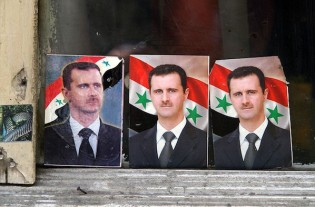 By Jim Lobe
U.S. President Barack Obama indicated Friday he would soon conduct what he called "very limited" military action against Syria to punish its alleged use of chemical weapons which, according to the White House, killed more than 1,400 people in several Damascus suburbs last week.

By Thalif Deen
When the administration of President George W. Bush launched a military attack on Iraq in March 2003, it was nearly 18 months before Kofi Annan, then-U.N. secretary-general, described the invasion as "illegal" and in "violation of the U.N. charter" because the United States did not have Security Council authorisation.

By Jim Lobe
In an echo of the tactics they used to promote U.S. intervention in the Balkans, Iraq and Libya, a familiar clutch of neo-conservatives published a letter Tuesday urging President Barack Obama to go far beyond limited military strikes against Syria in retaliation for its government's alleged use last week of chemical weapons that reportedly killed hundreds of people.

By Jim Lobe
Ten years after right-wing and liberal hawks came together to push the U.S. into invading Iraq, key members of the two groups appear to be reuniting behind stronger U.S. military intervention in Syria.

By Jim Lobe
Despite renewed pressure by hawks in Congress and the media, U.S. President Barack Obama appears determined to avoid sharply escalating U.S. involvement in the ongoing civil war in Syria.

By Jasmin Ramsey
Intervention in Syria was "only a matter of time", wrote Emile Nakhleh in February in the Financial Times. Seven months later, the fighting and divisions within Syria continue to worsen. Now, a diplomatic solution is no longer possible, Nakhleh, a retired CIA analyst, believes.
ADVERTISEMENT ADVERTISEMENT