In this column, Norwegian lawyer and author Fredrik S. Heffermehl, whose latest title is The Nobel Peace Prize: What Nobel Really Wanted http://www.nobelwill.org, writes that the Nobel Committee has failed to respect Alfred Nobel’s will.

OSLO, Dec 9 2013 - A March 2012 decision by the Swedish authority supervising foundations is a ticking box of dynamite under the Nobel Peace Prize. Even presented in an official, open document, the decision has not reached the general public and become the news story it actually is.

The order implies that the decision to award the 2013 Nobel to the bureaucrats enforcing the ban on chemical weapons, the Organisation for the Prohibition of Chemical Weapons (OPCW), is illegal.

It is true, as the citation of OPCW mentions, that disarmament was important to Alfred Nobel. But why is it the secretive committee’s best-kept secret that Nobel´s will included a recipe for a weapons-free world?

Nobel did not believe in civilising war, reducing a weapon here and an army there; he was quite specific when, in his 1895 will, he described a prize for “the champions of peace” seeking to abolish all weapons in all nations, as an alternative to militarism and military forces. With terms like the “brotherhood of [disarmed] nations,” he used language that anyone familiar with the history of the peace movement will recognise. 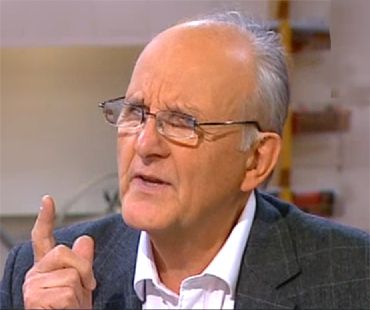 Even though its secretary is a historian, the Norwegian Nobel Committee chooses to ignore that the kind of recipients Nobel had in mind were the Austrian baroness Bertha von Suttner, author of the bestseller “Lay Down Your Arms”, and her political friends.

In the last years of his life Nobel joined Suttner´s Society of Friends of Peace and gave substantial financial support to this Austrian society and the (still existing) International Peace Bureau, and – very important to understanding his purpose in setting up a peace prize – promised Suttner to “do something great” for her movement.

My book, “The Nobel Peace Prize: What Nobel Really Wanted”, (available in English, Chinese, Finnish, Swedish and Spanish) contains solid documentation of Nobel´s actual intentions, and shows that the Norwegian Parliament has misused the task Nobel entrusted to it: to appoint a five-member committee of persons devoted to Nobel´s peace plan.

For years, Norwegian politicians have used the prize to pursue their own ideas and purposes. Last year´s prize that went to the European Union, the 2009 prize for U.S. President Barack Obama, the 2010 prize for Chinese human rights activist Liu Xiaobo, the 2011 prize for Liberian President Ellen Johnson Sirleaf – almost all of the prizes awarded in the last two decades have failed to respect Nobel´s will.

Instead of appointing a committee dedicated to the peace ideas described in the will Parliament is, with few exceptions, using the coveted seats as a bonus to reward retired parliamentarians. In Norway attitudes have shifted away from Nobel’s aims. Politicians strongly loyal to the U.S. and NATO are obviously unsuited to manage a prize for peace by disarmament, and the members ought to resign.

After six years I have to state that my conclusions are indisputable – and they have not in fact been disputed. But it is of little consequence. Norwegian politicians behave as if they were above the law and feel confident that the courts, as well as public authorities and the media, will let them get away with their mischief.

This is clearly illustrated by the fate of a complaint I lodged with the Swedish authority that supervises foundations. The Norwegian politicians did not like the idea of being scrutinised and told the Swedish authorities to back off, since “the Nobel Committee is independent and shall take orders from no one.”

The Swedish authority responded that this view was clearly incorrect, and in its order placed the Norwegian peace prize committee under Swedish control. It further expected the Swedish Nobel Foundation to supervise in order to ensure that its Norwegian subsidiary complied with the will. A sensational decision, in my view, that so far has not received any public attention.

My research makes it clear that the Norwegian awarders have never spent much time brooding over what Nobel must have intended. The description of the mandate in the will has been entirely forgotten. The secrets of the private diaries of Gunnar Jahn, a former committee chair (serving from 1942 to 1966), a unique and most revealing crack in the tight secrecy surrounding the committee´s work, confirm this.

Entries in the diaries, published for the first time in my book, show that all of Jahn´s attempts to remind the committee of Nobel and of the purpose of the prize fell flat, and that, despite a couple of threats to resign, Jahn put up with this for 24 years.

A 2001 article by the powerful committee secretary, Geir Lundestad, confirms that the committee feels full freedom to develop its own prize and even make its own definition of “peace” – obviously unaware of the legal obligation to check Nobel´s own description of who should be recipients of his prize!

The Norwegian Nobel Committee has many opportunities that permit unopposed dissemination of a falsified version of Nobel´s visionary prize. When challenged to debate the purpose in public, in the media, they do not respond or they refuse to offer honest arguments; it is either silence or nonsense.

One can only conclude that the Norwegian awarders (Parliament and the Nobel Committee) are adamantly unwilling to respect the law and Nobel´s intentions.

This experience affects my impression of Scandinavian democracy, of its media, public debate, and the integrity of our public authorities and the rule of law. It is a paradox of sorts that these are the very values that the Nobel Committee chair, Thorbjørn Jagland, has the primary responsibility for promoting in Europe as the Secretary General of the Council of Europe.

The Norwegian government, always happy with the misuse of Nobel´s prize, is now seeking a new term for Jagland in the Council of Europe. When approached in the campaign for reelection, member countries should ask Jagland two vital questions.

First, does he acknowledge that by law a will is a binding legal instrument?

Second, what does he think about Nobel and does he understand that he intended his prize to support a new system of international relations, one without national armies?

They are not likely to hear expressions of regret. Whether Jagland continues to refuse to respond, or gives untrue answers, the member countries should draw their own conclusions.