GÖTEBORG, Dec 5 2012 (IPS) - Leaders of the European Union (EU) will gather in Oslo this Monday to receive an increasingly controversial Nobel Peace Prize. Alfred Nobel, the Swedish inventor and industrialist, established the five prizes by his will in 1895 and there is a growing international awareness that his prize “for the champions of peace” does not go to the recipients Nobel had in mind. 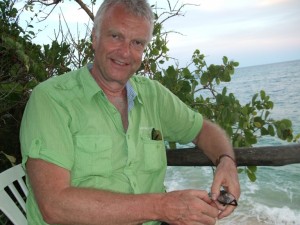 There is, of course, always an element of peacemaking in people and nations getting together, talking, and making agreements, but nowhere has the EU declared a political ambition to promote the global peace order of demilitarised nations that Nobel described with unmistakable clarity in his will. Quite to the contrary, the EU has a multitude of programmes for development of arms and armies, a defence agency, battle groups and arms production and trade.

In the last weeks of November four laureates ­ the International Peace Bureau (IPB, the 1910 laureate), Desmond Tutu, Mairead Maguire and Adolfo Perez Esquivel, protested against the EU prize as unlawful, and the IPB demanded an intervention from the Swedish authorities.

Norwegian politicians are entitled to have their opinion on the EU as a contributor to “peace” and they are free to throw great parties for political friends. But they are not free to use the entrusted money and the prestige of the Nobel prizes to promote their own agendas. A will is a legally binding instrument, yet, in the last decade, the prize has become totally disconnected from Nobel’s disarmament purpose, with the allocation of prizes to Finnish politician Martti Ahtisaari (2008), U.S. president Barack Obama (2009), for democracy in China (2010) and for the EU (2012). By insisting on using their own, entirely open concept of “peace” as their criterion, Norwegian politicians have taken over the prize and use it for any purpose they like.

In the will, Nobel formulated his purpose in unmistakable terms: he wished to free the world from the scourge of militarism and wars and ensure that resources were used for the benefit of people rather than feeding the voracious appetite of arms races.

Nobel gave his peace prize to the world, wishing to foster innovative changes that would “confer the greatest benefit on mankind”. At the time Norwegian politicians were in the vanguard of a global peace order and support for the peace movement, and he believed the Norwegian Parliament would be his best help in appointing a five-member committee devoted to the promotion of his visionary peace plan.

Today this parliament, conditioned by the Cold War and an increasingly militarist Western culture, holds the direct opposite view of the one Nobel wished to support. They appear unable even to envisage the global peace plan that Nobel wished them to promote. It is a breach of the testament and the law that can no longer be tolerated when the Norwegian Parliament does not appoint protagonists of the Nobel approach to peacemaking.

Just as bad as the betrayal of Nobel and the peace movement entitled to his support is the betrayal of normal democratic practice and the rule of law. Over five years have now passed since a former vice president of the IPB, Fredrik S. Heffermehl, a Norwegian lawyer and author, rediscovered the true purpose and encouraged the Nobel Committee to immediately rethink its task and responsibility as managers of the prize. He stated that Nobel established “a peace prize, not a prize for the environment, not for economics and not for humanitarian work…Nobel endeavoured a radical change in international politics”.

Today, Heffermehl says, one thing is clear: “Today’s Norwegian Nobel awarders have reacted with direct hostility to being informed on Nobel and his actual purpose. For five years they have not once showed the least interest in Alfred Nobel and his peace vision. (…) This is made even more outrageous by the fact that the present chair of the Nobel committee is also the secretary-general of the Council of Europe and his handling of the Nobel Prize is a total affront to all principles he should promote in that capacity.”

In March 2012 Heffermehl succeeded in obtaining a direct order from the Foundations Authority of Sweden requesting the awarders to respect the description of purpose in the Nobel testament, and further ordering the Nobel Foundation to oversee all awards, including the peace prize. Still, the Norwegian Parliament and Nobel Committee continue with unabated force to reward a prize for “peace” in general and ignore the precise purpose specified in the will.

But now the IPB, one of the worlds oldest and most comprehensive peace networks, in a request to Swedish authorities on Nov. 22, have taken the first steps to protect the legitimate rights of “the champions of peace”. The IPB, which sprang from the same ideological and political roots as the Peace Prize, won its Nobel in 1910, and 13 of its leaders have received the prize over the years.

The legitimate Nobel winner should be an opponent rather than a proponent of military programmes and policies. The world spends exorbitant amounts on a busted model of security and an illusion that it can be achieved in confrontation rather than cooperation. To use the peace prize to promote the visionary peace plan of Nobel would be the best thing that could happen to the poor and unhappy of the world, to the environment, human rights, democracy, women and children, victims of war ­ everywhere, every year.

Tomas Magnusson is co-president of the International Peace Bureau.