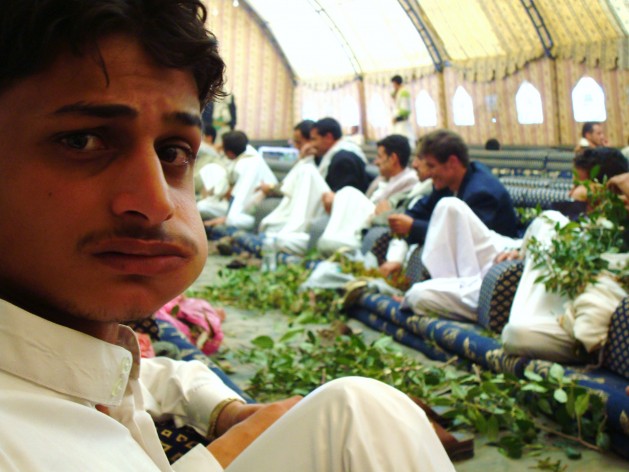 SANAA, Jan 31 2014 (IPS) - The Yemeni capital of Sanaa is reputed to be over 2,500 years old, making it one of the oldest continually inhabited cities in the world. But it is living on borrowed time.

Economists warn that if poverty trends continue, by 2030 more than half of the Sanaa’s projected four million inhabitants will be unable to afford their basic food needs. But before that happens, the city will run out of water.

“Sanaa is using water much faster than nature can replace it,” says Noori Gamal, a hydrologist at the Ministry of Water and Environment. “The water table is dropping by up to six metres a year. By 2025, Sanaa could be the first capital in the world to run out of water.”

"By 2025, Sanaa could be the first capital in the world to run out of water." -- Noori Gamal, a hydrologist at the Ministry of Water and Environment

Yemen is an arid country, and Sanaa receives only 20 cm of precipitation per year. But climate is not the reason for the rapid depletion of groundwater stocks. The culprit is entirely man-made.

An obsession with qat, a mild narcotic plant whose bitter-tasting leaves release a stimulant when chewed, is ravaging Yemen’s fragile economy and sucking up precious water.

Thirty years ago, chewing qat leaves was an occasional pastime. Now it is an integral part of daily life in this poor Arab nation of 26 million, where 72 percent of men and a third of all women are reported to be habitual users. By one estimate, 20 million dollars is spent each day on qat, and 80 million work hours lost to its consumption.

“In Yemen, the day revolves around qat,” says Ali Ayoub, a leather merchant who chews qat for about four hours a day, or longer if there is a wedding or holiday celebration. “By 2 pm, you won’t find anyone at work. Everyone leaves early to buy qat.”

Like many poor Yemenis, Ayoub spends more money on the narcotic leaves than food for his malnourished family. He says qat stimulates the mind and offers an escape from the hardships of Yemeni existence: grinding poverty, high unemployment, and ongoing political strife.

“People say qat is the root of Yemen’s problems, but it is really just a symptom,” he says.

As the practice of qat chewing has grown, farmers drawn by the higher profits of the plant’s cultivation have abandoned traditional food and export crops. In 1997, some 80,000 hectares were planted with qat. By 2012, the number reached 250,000 hectares, according to official figures, and is growing at a rate of 10 percent per year.

The cultivation of qat has displaced staple crops like wheat and maize, which has sent local food prices soaring. The increase of food prices has had a deep impact on many households, especially among the poor, who account for 40 percent of the population.

“Until the 1980s, over 90 percent of produce was grown locally, but now because of qat Yemen must import 90 percent of its food needs,” Gamal tells IPS.

He estimates that qat fields consume about 50 percent more water per hectare than the cereal fields they have displaced. Farmers typically irrigate qat trees with water pumped from underground aquifers filled over thousands of years by the occasional rainfall that seeps through the soil and rock.

Government sources estimate that qat fields sucked up over a billion cubic metres of the country’s scarce water last year, accounting for about a third of all groundwater consumption.

As Yemen’s qat consumption has increased, health officials have noticed an alarming rise in related health issues. A study by Aden University found more than 100 types of pesticides used in qat cultivation, many known to transfer to babies through their mother’s milk.

According to Yemen’s health ministry, carcinogenic pesticides used by farmers to increase qat production are responsible for about 70 percent of new cancer cases in the country. Mouth and throat cancer are widespread in Yemen, far exceeding world averages.

Nasser Al-Shamaa of Eradah Foundation for a Qat-Free Nation, an NGO working to stamp out qat use in Yemen, compares qat chewing to cigarette smoking. He says as long as the practice remains socially accepted, it will be extremely difficult for eradication initiatives to make headway.

The efforts are further slowed by government officials with vested interests in the production and distribution of qat, who collect money through taxes and kickbacks.

“It will take time to change perceptions about qat,” says Al-Shama. “But we don’t have time, it is destroying our future.”