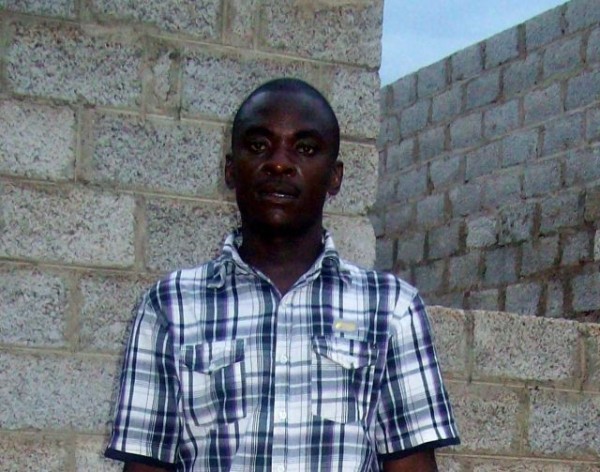 LUSAKA, Mar 3 2014 (IPS) - David Mubita has long been known in the family as a fool for starting trouble. The latest was getting circumcised secretly and nearly cast out by Grandfather Ndumwa. But Mubita may turn out to be the wisest in the family.

The Lozi people of Western Zambia cherish their traditions. So, when Mubita decided to go for circumcision early in 2013, he not only broke tradition but brought shame on the family.

"Our region, East and Southern Africa, needs more male circumcision because it is the epicentre of the HIV and AIDS pandemic." -- Chief Mumena

In Zambia, circumcision is practiced by the Luvale and the Lunda people of North-Western Province, by Muslims and by the small Jewish community. But not by the Lozi, who call it buhole – a disability.

“I thought he was joking.  Why would a normal man go for circumcision if he is not a Luvale?” observed his elder brother Lubinda.

Mubita, 26, is unrepentant: “I heard it on radio and did it for my own protection.  I have no regrets – look at all the people who are dying [of AIDS]. You have to be brave to change tradition.”

But that is not how Grandfather Ndumwa saw it.  As headman of Kandiana village, he saw Mubita’s circumcision as a brazen challenge of his authority.

“He cut it for whom?” Ndumwa asked angrily when he heard the news. “If he is tired of living with us, he can leave this village now. Should we be Ma-Wiko because of him?”

Ma-Wiko is a pejorative term for people from neighbouring Angola, where circumcision is nearly universal.

Mubita fled temporarily to Lusaka until things calmed down.

The tension between Mubita and Ndumwa is an example of the difficulties health officials face in Western Zambia, where the national campaign to promote voluntary male circumcision has not been welcome.

Studies have shown that male circumcision can reduce the risk of contracting HIV by 60 percent.

The national HIV prevalence rate in Zambia is 13 percent, one of the highest in the world. It is even higher in the Western Province at 15 percent.

David Linyama, a medical doctor at Lusaka’s University Teaching Hospital, Zambia’s biggest referral medical centre, explained to IPS that male circumcision is a simple procedure. “It takes no more than 20 minutes to perform,” he said.

“It was not complicated. They gave me an injection to make my thing numb and within ten minutes it was over,” said Mubita, who is married and has a son and a daughter.

He was in pain for four days and abstained from sex for four weeks to allow the wound to heal.

“It was worthwhile because now I am safe. Esther [his wife] is happy because I won’t give her HPV,” he added. He emphasised that circumcision is not a licence to have multiple sex partners. Safe sex is still needed.

Back in Kandiana, people talk openly about his circumcision. Men show disgust, boys look at him in awe, and women comment behind his back.

But Mubita’s bold step is the spark that started the fire in Kandiana.

It happened just as government rolled out its mass male circumcision campaign with radio jingles, television sketches, street posters, a toll-free telephone line and a webpage.

Two chiefs from outside Western Province have stoked the fire by revealing they have been recently circumcised. Chief Mumena, leader of the non-circumcising Kaonde tribe, stunned the nation by revealing that he had volunteered for the snip at age 47.

“Our region, East and Southern Africa, needs more male circumcision because it is the epicentre of the HIV and AIDS pandemic,” Chief Mumena said.

In October 2013, Chief Chanje, of the Tumbuka in the Eastern Province, went for circumcision.  And Chief Nondo, of the Mambwe people of Northern Province, has endorsed these moves.

Of course, Chief Mdungu, of the Luvale people, says this is the way to go. His tribe circumcises boys at puberty in annual camps known as mukanda.

No Lozi chief in Western Province has said anything in support of male circumcision yet. But Mubita has no doubt that it is only a matter of time.

“I am sure that even the old man [Grandpa Ndumwa], if he lives long, will be tempted to go for male circumcision!” Mubita chuckles.