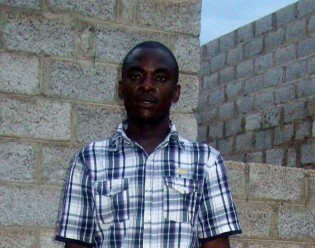 By Lewis Mwanangombe
Bupe Bana-Victor has lived in the Mwense district of Luapula Province in northern Zambia all her life. And for her, water talk is synonymous with the Luapula River, which lies just 20 metres from her village and snakes through the entire region before it joins the Lualaba River – a tributary of the mighty Congo, Africa’s second-largest river.

By Lewis Mwanangombe
Zhang Daliu, 46, a carpenter from China never imagined himself in the dreadful confines of a stinking and overcrowded Zambian jail where conditions are so terrible that they lead to gastronomic disorders and skin diseases within days of confinement.

By Lewis Mwanangombe
Proponents of microfinance often portray it as the empowering extension of credit to vulnerable but diligently self-employed poor people - often women - who support each other to improve their livelihoods as well as repay their loans. The image is true, to some extent, but in many parts of Africa, microfinance institutions have somewhat sharper teeth.

By Lewis Mwanangombe
According to the World Bank, less than eight percent of Zambian adults have bank accounts. For the millions who make their living in the informal economy, this prevents them from earning interest on any savings they have or securing credit needed to expand small businesses beyond mere survival.

ZAMBIA: Women Resume Struggle for Representation Ahead of Elections

By Lewis Mwanangombe
Zambians head to the polls sometime before October and civil society groups are working hard to ensure their voices are heard. Groups which were excluded during the 2005 elections and the National Constitutional Conference that began in 2007 are mobilising to ensure they are not excluded.

By Lewis Mwanangombe
Concina Haajila was only a year old in 1991 when Zambia turned from 27 years of autocracy and dictatorship to political pluralism and democratic governance. During the past 20 years she and millions of her peers have grown to adulthood and become disenchanted with the politics of their nation which have swung from an issue base to hero worship and personal purse enlargement.

By Lewis Mwanangombe
Dams, sugarcane plantations and rapidly growing population threatened the health of the Kafue Flats, a richly diverse wetlands in southern Zambia. But growing recognition of more sustainable use of its water and fertile soil are securing the health of the ecosystem.

By Lewis Mwanangombe
Small-scale traders on either side of the Mwami Border Post between Zambia and Malawi are key to meeting local demands that larger importers do not.

By Lewis Mwanangombe
Josias Akataama spent March watching the moon wane above, and flood waters rise from below. Only with the sighting of the new moon, would the men, women and children of Kandiani know when they could leave the water-logged village for higher ground.

By Lewis Mwanangombe
When he ordered his colleagues at the Water and Sanitation Association of Zambia to save all their urine in a plastic bottle in the office toilet, they thought he was mad. But German sanitation specialist Christopher Kellner wanted to demonstrate why he calls urine "liquid gold".

By Lewis Mwanangombe
The Litunga of Barotseland, King of the Lozi, has no judicial or legislative authority. No supervisory control over government projects, and worst of all he cannot stand for elected office. Yet successive Zambian presidents have deferred to him.

By Lewis Mwanangombe
Prisca Musonda is an ardent supporter of Patriotic Front leader Michael Sata and his party. She has travelled with him to most parliamentary constituencies campaigning in elections.

By Lewis Mwanangombe
Harry Mubita was tired of his wretched condition in prison. He had been in Lusaka Central Prison for more than a year, and still there was no sign that his theft case would be heard.

By Lewis Mwanangombe
When Obed Mumba first came to the Zambian copper mining town of Ndola in search of work, it was still known reverently as "Ku kalale" - the land of the white man. In the decades since, he has witnessed his Kabushi township outgrow the limited dreams of its planners.

By Lewis Mwanangombe
For 70 minutes, the girls in the distinctive gold-and-green jersey of Brazil shut out the attacks by the visiting team. The bare feet of chubby-faced left back Njavwa Silungwe are lively in defence.

By Lewis Mwanangombe
The economy's down, the price of fertiliser's up. And Zambian farmers are stealing sewage for their vegetable gardens.

By Lewis Mwanangombe
Nine kilometres each way, rain or shine: That's how far Suzanne Chisulo has to travel to school each day.

By Lewis Mwanangombe
Zambia will have its annual meeting with the 'Paris Club' next month with a new finance minister heading its delegation - and a poor track record on good governance.
Next Page »
ADVERTISEMENT ADVERTISEMENT