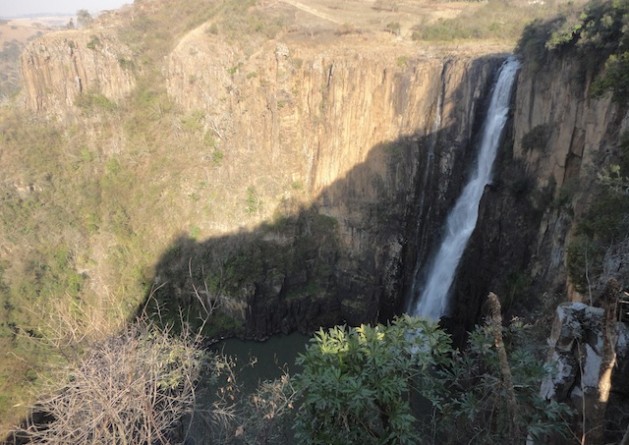 CAPE TOWN, South Africa, Jun 3 2014 (IPS) - South Africa’s eThekwini municipality may have come under fire from residents from proposing to purify wastewater so it can be used for drinking, but this municipality’s pragmatic approach to water management has made it one of the most progressive in Africa.

Neil Macleod, head of water and sanitation at eThekwini municipality, which encompasses the port city of Durban, has reason to be proud of his colleagues.

The eThekwini municipality, which was created through joining smaller municipalities within Durban, the province’s urban centre, has overcome huge challenges following its formation in 2000.

“They actually translated the constitutional rights of South Africans to have access to water by definition into reality — that’s very important." -- Joppe Cramwinckel, director of water at the World Business Council for Sustainable Development

South Africa’s 1996 constitution guarantees citizens the right to water, so over the years the municipality has rolled out water and sanitation services, often having to innovate in rural areas and informal settlements.

“We have about 300,000 families that receive free basic water and free basic sanitation — either a container toilet or a urine diverting toilet,” Macleod told IPS.

Last week, the municipality’s water and sanitation unit scooped the Stockholm Industry Water Award, which is given to utilities or companies that have achieved excellence in water management.

Jens Berggren, director of the Stockholm Water Prize and Stockholm Industry Water Award, tells IPS that the “[eThekwini municipality] has been addressing issues in a very pragmatic and understanding way.”

“Not from above, from a technical perspective, but based in reality — these are people’s lives that they have to live.”

“They have a large customer base to cover, and a variety of customers, and they have developed and experimented with some very novel approaches to deal with the big challenges they face.

“They actually translated the constitutional rights of South Africans to have access to water by definition into reality — that’s very important,” he said. 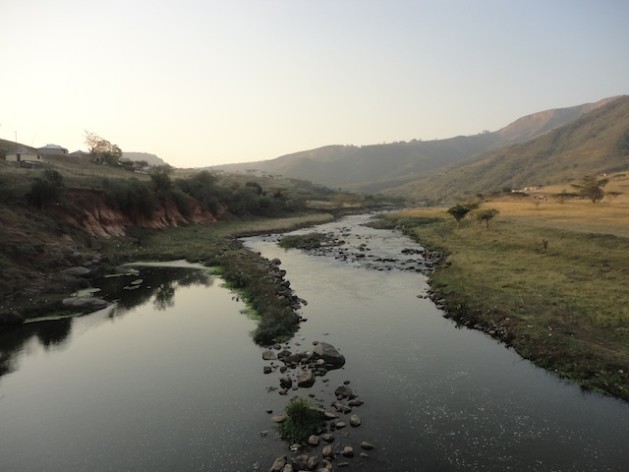 But Macleod and the water and sanitation department can’t afford to rest on their laurels, however.

As IPS reported in 2013, the municipality faces the prospect of future water shortages, due in part to its reliance on the oversubscribed Umgeni river system.

The recently built Spring Grove dam is now about 80 percent full, said Macleod, and with good rains recently, he is confident there won’t be shortages for the next two years.

“Statistically, we’re still okay until the end of 2015. Thereafter, who knows? If a drought hits and demand continues to grow the way it is then we move back into deficit,” he said. “That doesn’t mean you have rationing immediately, or restrictions, but the chances of it go up and up.”

Various water augmentation options for the region are currently on the table. The municipality has proposed treating and purifying its wastewater so it can be used as drinking water. The purified water would be mixed with conventional drinking water at a ratio of 30 percent re-used water to 70 percent conventional.

There has been some resistance to the idea, including a petition by concerned residents.

Since treated wastewater is discharged into rivers and then winds up in the drinking water supply, people are already drinking recycled sewage, said Macleod. “We’ve been drinking sewage for 40 years, quite happily, as has a lot of this country — Johannesburg included.”

Each plant would be capable of producing 150 megalitres of water a day, enough to fill 75 Olympic swimming pools.

The proposed desalination plants could offer an alternative to building a costly and large dam on the uMkhomazi river, which would likely be operational by 2030.

Water would be sucked into the plants from one kilometre offshore, in the case of the Lovu plant, and 650 metres offshore in the case of the Tongaat plant, according to information supplied by the Council for Scientific and Industrial Research, which is doing the environmental assessment for Umgeni Water.

The saltwater would be converted to potable water at the plants by the process of reverse osmosis. This involves pumping saltwater at high-pressure through a semi-permeable membrane that retains the salt, and allows water to pass through.

“It’s feasible but it’s just very energy intensive and much more expensive than the other options,” said Macleod of the desalination plants. “The harsh reality is we don’t have the energy and we can’t afford the costs.”

While authorities are weighing up the pros and cons of the various water augmentation options — recycling sewage water, building desalination plants, or constructing a new dam — time is running short.

“Soon we have to make a decision,” said Macleod. “It has to be this year.”