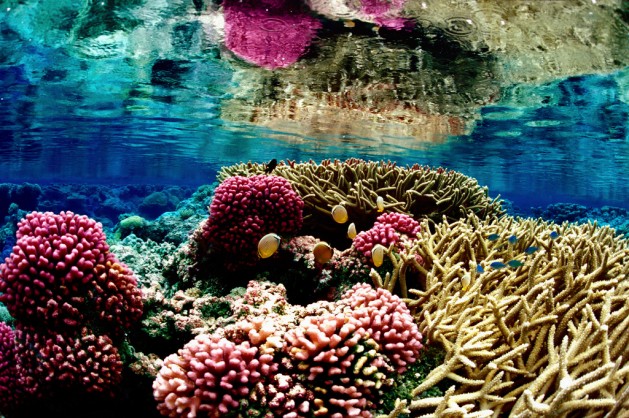 ST. JOHN’S, Antigua, Jul 9 2014 (IPS) - Marine environmentalist Eli Fuller, who for the past two decades has been exploring the coastline of Antigua and Barbuda, warns that while there has been “dramatic changes” to coral reefs since he was a little boy, “it’s getting worse and worse.”

So he is not surprised by the largely pessimistic findings of a three-year study by 90 international experts in a report by the Global Coral Reef Monitoring Network (GCRMN), the International Union for Conservation of Nature (IUCN) and the United Nations Environment Programme (UNEP).

“Those reefs are the frontline barriers against storm waves." -- marine biologist John Mussington

But there was a spot of surprisingly good news. According to the authors, restoring parrotfish populations and improving other management strategies, such as protection from overfishing and excessive coastal pollution, can help reefs recover and even make them more resilient to future climate change impacts.

“We have seen definitely the last two summers, and here we are in summer again, we are seeing ever so slightly raised sea levels, but in conjunction with that we are seeing eroded coral barriers, especially on the north coast and east coast of Barbuda and quite a few areas in Antigua,” Fuller told IPS.

“Between Prickly Pear and Long Island, those reefs out there – they almost used to get to the surface. Now I am seeing sailboats sail over areas where they would have run aground and had to be salvaged before.

“We are seeing more surge come ashore and more erosion. You are having areas that were never affected by erosion getting eroded terribly. I look at the north coast of Barbuda and I can’t believe some of the erosion they are facing, and when you go offshore to those reefs only the bases of the big, huge coral structures are there. All the tops have died and eroded away so we are seeing more water coming to our shoreline,” he added.

Fuller is worried about the future of tourism in a region where it is the number one industry and foreign exchange earner for most countries. 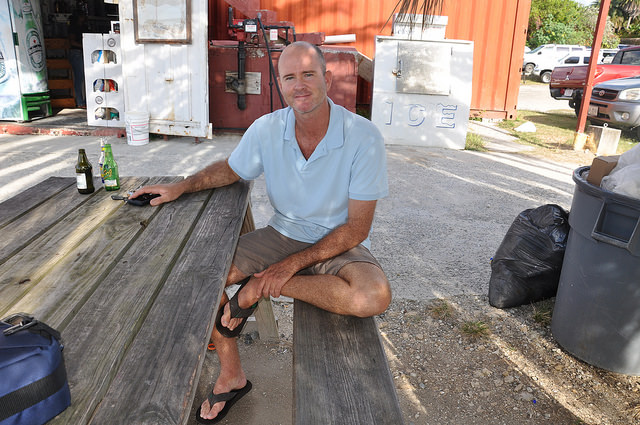 “We are in big trouble right now, let alone in the future when the reefs erode more and more and sea levels come up and up,” he said.

Like Fuller, for marine biologist John Mussington, the drastic decline of Caribbean coral is “not surprising.”

“We have actually seen the decline. The causes that they have listed include tourism, pollution, climate change in terms of global warming being a factor as well as overfishing,” he told IPS.

“The beach is a beautiful place. We have nice white sand beaches and we have crystal clear water. The reefs are responsible for that. If you lose your reefs you are no longer going to have sand and you will no longer have clear water,” he said.

“Those reefs are the frontline barriers against storm waves. If you have any rough weather, groundswells, tropical storms or hurricanes, those reefs are responsible for breaking the impact of those waves. So if you lose the reefs you are going to be further exposed to erosion and the destruction from storms.

“Another function that is very critical to us is that the reefs provide us with food. The marine resources in terms of fish, lobster and conch are associated with the reef system and when you lose that you are going to lose those things,” he said.

Mussington said the report should serve as a wake-up call for the Caribbean.

“All those things that I’ve mentioned, you realise that that is the sum total of the main attraction for our tourism industry which is number one – so if you lose all of that, it’s obvious that you lose everything,” Mussington explained.

But Mussington said it is not all doom and gloom for the Caribbean, noting there is a technique for re-growing and restoring reefs which is touted as one of the major solutions that small islands like those in the Caribbean should focus on.

“Barbuda is about to ban all catches of parrotfish and grazing sea urchins, and set aside one-third of its coastal waters as marine reserves,” said Ayana Johnson of the Waitt Institute’s Blue Halo Initiative, which is collaborating with Barbuda in the development of its new management plan.

“This is the kind of aggressive management that needs to be replicated regionally if we are going to increase the resilience of Caribbean reefs,” she added.

The IUCN said that reefs where parrotfish are not protected have suffered tragic declines, including Jamaica, the entire Florida Reef Tract from Miami to Key West, and the U.S. Virgin Islands.

President and founder of the Coral Restoration Foundation, Ken Nedimyer, concurs that “there are some simple things which can be done like changing fishing habits and reducing inputs from the hotels, resorts, golf courses. Those are things that can be done and should be done and places that take these steps will reap the rewards.”

Chair at the National Museum of Natural History in Washington DC, Dr. Nancy Knowlton, believes the surprising part of the report is that it’s not actually happening everywhere and that there are places like Bonaire and Bermuda and the flower garden reef off the Gulf of Mexico where coral reefs are thriving.

“That’s because of careful management of the reef and to me that’s actually despite a sort of overwhelmingly bad news of reefs disappearing in the next 20 years,” she told IPS.

“On the positive side, there are examples where when people manage reefs properly they actually don’t decline. I think that is the most important message from the report and the one that’s most surprising because I think that everyone had thought that Caribbean reefs were just doomed.

“Coral reefs are ecosystems which are routinely battered by hurricanes over thousands and thousands of years and yet they have in the past always bounced back, and the reason they bounce back is because the local conditions are favourable for coral growth. So creating those favourable conditions for corals to rebound is really the most important thing to do,” Knowlton added.