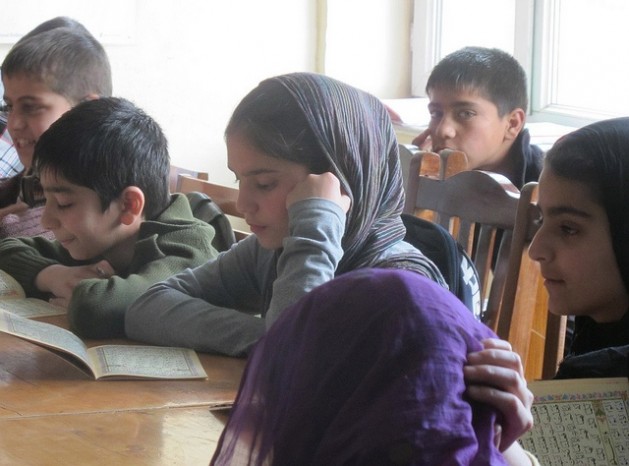 UNITED NATIONS, Jun 19 2015 (IPS) - Since 2002, a year after it invaded Afghanistan, the United States has poured over 100 billion dollars into developing and rebuilding this country of just over 30 million people. This sum is in addition to the trillions spent on U.S. military operations, to say nothing of the deaths of 2,000 service personnel in the space of a single decade.

Today, as the U.S. struggles to salvage its legacy in Afghanistan, which critics say will mostly be remembered as a colossal and costly failure both in monetary terms and in the staggering loss of life, many are pointing to economic and social gains as the bright points in an otherwise bleak tapestry of occupation.

“Much of the official happy talk on [reconstruction] should be taken with a grain of salt – iodized, of course – to prevent informational goiter.” -- John F. Sopko, the Special Inspector General for Afghanistan Reconstruction
Among others, official groups like the United States Agency for International Development (USAID) say that higher life expectancy outcomes, better healthcare facilities and improved education access represent the ‘positive’ side of U.S. intervention.

From this perspective, the estimated 26,000 civilian casualties as a direct result of U.S. military action must be viewed against the fact that people are now living longer, fewer mothers are dying while giving birth, and more children are going to school.

But the diligent work undertaken by the Special Inspector General for Afghanistan Reconstruction (SIGAR) suggests that “much of the official happy talk on [reconstruction] should be taken with a grain of salt – iodized, of course – to prevent informational goiter.”

Formed in 2008, SIGAR is endowed with the authority to “audit, inspect, investigate, and otherwise examine any and all aspects of reconstruction, regardless of departmental ownership.”

In a May 5 speech, John F. Sopko, the Special Inspector General, called the reconstruction effort a “huge and far-reaching undertaking” that has scarcely left any part of Afghan life untouched.

Poured into endless projects from propping up the local army and police, to digging wells and finding alternatives to poppy cultivation, funds allocated to rebuilding Afghanistan now “exceed the value of the entire Marshall Plan effort to rebuild Western Europe after World War II.”

“Unfortunately,” Sopko said, “from the outset to this very day large amounts of taxpayer dollars have been lost to waste, fraud, and abuse.

“These disasters often occur when the U.S. officials who implement and oversee programs fail to distinguish fact from fantasy,” he added.

In one of the most recent examples of this disturbing trend, two Afghan ministers cited local media reports to inform parliament about fraud in the education sector, alleging that former officials who served under President Hamid Karzai had falsified data on the number of active schools in Afghanistan in order to receive continued international funding.

“SIGAR takes such allegations very seriously, and given that they came from high-ranking individuals in the Afghan government, and also that USAID has invested approximately 769 million dollars in Afghanistan’s education sector, SIGAR opened an inquiry into this matter,” a SIGAR official told IPS.

Submitted on Jun. 18 to the Acting Administrator for USAID, the official inquiry raises a number of questions, including over widely cited statistics that official development assistance has led to a jump in the number of enrolled students from an estimated 900,000 in 2002 to more than eight million in 2013.

While USAID stands by these figures, sourced from the Afghan Ministry of Education’s Education Management Information System (EMIS), it is unable to independently verify them.

Faced with allegations of “ghost schools, ghost students, and ghost teachers”, SIGAR has requested an immediate response from USAID as to whether the agency is able to investigate allegations of fraud, and verify that it is receiving accurate data, in order to ensure that U.S. tax dollars are not being wasted, the SIGAR official explained.

This is no easy undertaking in a place where students are spread out over an estimated 14,226 schools primarily in rural areas, and where even the education ministry does not keep tabs on security threats, or the literacy of teachers, let alone the particulars of curricula.

Last year SIGAR reported that the education ministry continues to count students as ‘enrolled’ even if they have been absent from school for three years, suggesting that the actual number of kids in classrooms is far below the figure cited by the government, and subsequently utilised by U.S. aid agencies.

In his May 5 speech Sopko claimed that a top USAID official believed there to be roughly four million children in school – less than half the figure on which current funding commitments is based.

There is no question that continued funding is needed to bolster Afghanistan’s education system.

According to the United Nations Educational, Scientific and Cultural Organisation (UNESCO) office in Kabul, the country continues to boast one of the lowest literacy rates in the world, standing at approximately 31 percent of the population aged 15 years of age and older.

There are also massive geographic and gender-based gaps, with female literacy levels falling far below the national average, at just 17 percent, and varying hugely across regions, with a 34-percent literacy rate in Kabul compared to a rate of just 1.6 percent in two southern provinces.

These are all issues that must urgently be addressed but according to oversight bodies like SIGAR, they must be addressed within a system of efficiency, transparency and accuracy.

Furthermore, discrepancies between official statistics and reality are not limited to the education sector but manifest in almost all areas of the reconstruction process.

Take the issue of life expectancy, which USAID claimed last year had increased from 42 years in 2002 to over 60 years in 2014.

If accurate, this would represent a tremendous stride towards better overall living conditions for ordinary Afghans. But SIGAR has cited a number of different statistics, including data provided by the Central Intelligence Agency (CIA) World Factbook and the United Nations Population Division, which offer much lower numbers for the average life span – some as low as 50 years.

Although the original data comes directly from the USAID-funded Afghanistan Mortality Survey, conducted in 2010 by the Afghan Ministry of Public Health, and would therefore appear to pass the reliability test, SIGAR is concerned that “USAID had not verified what, if anything, the ministry had done to address deficiencies in its internal audit, budget, accounting, and procurement functions.”

While SIGAR is not able to put a concrete number on losses resulting from poorly planned programmes, theft and corruption by both American and Afghan elements, and weak administration of monies placed directly in the hands of Afghan ministries, a SIGAR official told IPS it is hard to imagine that the overall cost to U.S. taxpayers “is not in the billions of dollars.”