Jan Oberg is co-founder and Director of the Transnational Foundation for Peace and Future Research (TFF) in Lund, Sweden.

LUND, Sweden, Aug 7 2015 (IPS) - It’s absolutely necessary to remember what happened 70 years ago in Hiroshima and Nagasaki, see the movies from then, listen to the survivors, the hibakusa. But it isn’t enough for us to rid the world of these crimes-against-humanity weapons. And that we must.

Hiroshima and Nagasaki are history and are also the essence of the age you and I live in – the nuclear age. If the hypothesis is that by showing these films, we create opinion against nuclear weapons, 70 years of ever more nuclearism should be enough to conclude that that hypothesis is plain wrong. 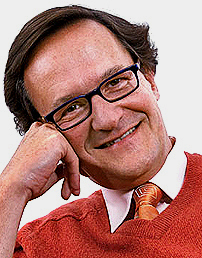 There is a need for a frontal attack on not only the weapons but on nuclearism – the thinking/ideology on which they are based and made to look ‘necessary’ for security and peace.

Nuclear weapons – only for terrorists

At its core, terrorism is about harming or killing innocent people and not only combatants. Any country that possesses nukes is aware that nukes can’t be used without killing millions of innocent people – infinitely more lethal than Al-Qaeda, ISIS, and so.

Since 9/11 [attack on the Twin Towers in New York], governments and media have conveniently promoted the idea that terrorism is only about small non-governmental groups and thus tried to make us forget that the nuclear ‘haves’ themselves practise state terrorism and hold humanity hostage to potential civilisational genocide (omnicide).

No nuclear state has ever dared to hold a referendum and ask its citizens: “Do you or do you not accept to be defended by a nuclear arsenal?” Nuclear weapons with the omnicidal ‘kill all and everything’ characteristics is pure dictatorship, incompatible with both parliamentary and direct democracy. And freedom.

Citizens generally have more, or better, morals than governments and do not wish to see themselves, their neighbours or fellow human beings around the world burn up in a process that would make the Holocaust look like a cosy afternoon tea party. In short, nuclear weapons states either arrange referendums or must accept the label dictatorship.

“Citizens generally have more, or better, morals than governments and do not wish to see themselves, their neighbours or fellow human beings around the world burn up in a process that would make the Holocaust look like a cosy afternoon tea party”

The idea that a few hundred politicians and military people in the world’s nuclear states have a self-appointed right to play God and decide whether ‘project humankind’ shall continue or not belongs to the realm of the civilisational perverse or the Theatre of the Absurd. Such people must run on the assumption, deep down, that they are Chosen People with a higher mission. Gandhi rightly called Western civilisation diluted fascism.

Why? Because – simply – there can be no political or other goal that justifies the use of this doomsday weapon and the killing of millions of people, or making the earth uninhabitable.

The trick played on us all since 1945 is that there are some ‘responsible’ – predominantly Christian, Western – countries that can, should, or must have nuclear weapons and then there are some irresponsible governments/leaders elsewhere that must be prevented by all means from acquiring them. In other words, that proliferation rather than possession is the problem.

However, it is built into the Non-Proliferation Treaty (NPT) that those who don’t have nuclear weapons shall abstain from acquiring them as a quid pro quo for the nuclear-haves to disarm theirs completely.

That is, the whole world shall become a nuclear-weapons-free zone (NWFZ).

Those who have nuclear weapons provoke others to get them too. Possession leads to proliferation.

The recent negotiations with Iran is a good example of this bizarre world view: the five nuclear terrorist states, sitting on enough nukes to blow up the world several times over and who have systematically violated international law in general and the NPT in particular, tell Iran – which abides by the NPT and doesn’t want nuclear weapons – that it must never obtain nuclear weapons.

But what about deterrence?

You’ve heard the philosophical nonsense repeatedly over 70 years: nuclear weapons are good to deter everyone from starting the ‘Third World War’. That nukes are here to never be used. That no one would start that war because he/she would know that there would be a mass murder on one’s own population in a second strike, retaliation. But think! Two small, simple counterarguments:

Let’s rid the world of this civilisational mistake. Nuclearism and nuclear deterrence are the world’s most dangerous ideologies comparable to slavery, absolute monarchy and cannibalism that we have decided – because we are humans and civilised and can think and feel – to put behind us.

There is no co-existence possible between nuclear weapons on the one hand and democracy, peace and civilisation on the other.

It’s time to regain hope by looking at all the – civilised – non-nuclear countries and follow their example. Thus, 99 percent of the southern hemisphere landmass is nuclear weapons-free with 60 percent of its 193 states, with 33 percent of the world’s population, included in this free zone.

The West, the United States in particular, which started the terrible Nuclear Age, should now follow the great majority of humanity, apologise for its nuclearism and move to zero.