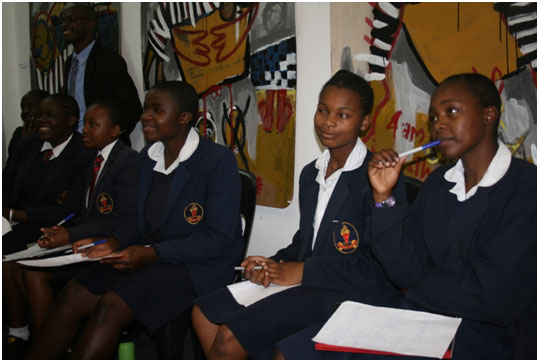 NAIROBI, Kenya / HARARE, Zimbabwe, Feb 1 2016 (IPS) - Keziah Juma is coming to terms with her shattered life at the shanty she shares with her family in Kenya’s sprawling Kibera slum where friends and relatives are gathered for her son’s funeral arrangements. While attending an antenatal clinic, Juma who is only 16 years discovered that she had been infected with HIV. “I went into shock and stopped going to the clinic, that is why they could not save my baby and I have been bed-ridden since giving birth two months ago,” she told IPS.

Juma’s struggle to come to terms with her HIV status and to remain healthy mirrors that of many teens in this East African nation. Kenya is one of the six countries accounting for nearly half of the world’s young people aged 15 to 19 years living with HIV. Other than India, the rest are in Tanzania, South Africa, Nigeria and Mozambique, according to a 2015 UNICEF report Statistical Update on Children, Adolescents and AIDS.

Yet in the face of this glaring epidemic, Africa’s response has been discouraging with statistics leaving no doubt that the continent is losing the fight against HIV among its teens. Julius Mwangi, an HIV/AIDS activist in Nairobi told IPS that some countries such as Kenya seem to have chosen “to bury their heads in the sand in hopes that the problem will go away.”Despite government statistics indicating that the average age for the first sexual experience has increased from 14 to 16 years among Kenyan teens, this has done little for the country’s fight to combat HIV among its young people.

The Ministry of Health’s fast track plan to end HIV and AIDS shows that only an estimated 24 per cent of teens aged 15 to 19 years know their HIV status. Still in this age group, only about half have ever tested for HIV. Mwangi attributes the country’s high HIV rates among its teens to lack of practical interventions to address the scourge. He referred to the controversy over the Reproductive Health Bill 2014 which provided a significant loophole for young people less than 18 years to access condoms and other family planning services, but was rejected.

Judith Sijeny, a nominated Member of the Senate who sponsored the Bill, says that the proposed piece of legislation was rejected in its original form on grounds that it was encouraging sexual immorality among young people. Sijeny said in addition to providing information on HIV prevention and treatment including advocating for sexual abstinence, the Bill was also “providing a solution by encouraging safe sex.” “Statistics are providing a very clear picture that teenagers, including those living with HIV, are engaging in sexual activities,” she said.

Government statistics show that one in every five youths aged 15 to 24 had sex before the age of 16 years. A revised version of the Bill, which will constitute Kenya’s primary health law for now, states clearly that condoms and family planning pills are not to be given to those under 18 years of age.

While other African nations like Kenya have chosen to be in denial, leaving their young populations vulnerable to early deaths due to HIV, others such as Zimbabwe have vowed to take the bull by its horns. Last year, the Zimbabwean government in conjunction with the United Nations Population Fund (UNFPA) launched the Condomise Campaign where they distributed small-sized condoms to fit 15-year olds in a bid to prevent unwanted pregnancies and sexually transmitted infections. This is despite this country’s age of consent to sex pegged at the age of 16!

The Condomise Campaign may, however, have come too late for several Zimbabwean teenagers like 16-year old Yeukai Mhofu who is already living with HIV after she was raped by her late stepfather. Regrettably, Mhofu said she may already have infected her boyfriend.“I had unprotected sex with my boyfriend at school and I am afraid I might have infected him. Although I was aware of my HIV status after my rape ordeal by my late stepfather, I succumbed to pressure from my school lover after he kept pestering me for sex and I feared to disclose my status to him because I thought he would hate me,” Mhofu told IPS.

For many Zimbabwean teenagers like 15-year old Loveness Chiroto still in school, the government move to launch condoms for teenagers has left her relieved at the fresh prospect of young people like her to survive the AIDS storm. “Now with government and UNFPA taking a position that we should use condoms, I’m personally happy that as young people we have been given the alternative on how to soldier on amidst the HIV/AIDS scourge,” Chiroto told IPS.

But irked by the Condomise initiative gathering momentum, many adults have vehemently castigated the idea. “Our children need strict grooming in which they are strongly taught the hazards of engaging in premature sexual intercourse; condoms won’t help our young people because even grown-up people are contracting HIV with condoms in their pockets,” Mavis Mbiza, a Zimbabwean mother of two teenage girls
in High school, told IPS.

Zimbabwe’s opposition Movement for Democratic Change-Tsvangirai (MDC-T) legislator and parliamentary portfolio committee on health chairperson, Ruth Labode, is however at variance with many parents like Mbiza. “Is there a difference when an adult is having sex and when a teenager is having sex? If teens are sexually active, condom use for them may be a necessity, I agree because there is also need for such young persons to be protected from STIs as well,” Labode said.

The UNFPA senior technical advisor, Bidia Deperthes went on record saying this Southern African nation’s teenagers from 15 years of age needed to be catered for in the condom distribution as some of them had become sexually active.

Statistics show that 24.5 per cent of Zimbabwean women between the ages 15 to 19 are married and is proof of teenagers being sexually active, which justifies the distribution of condoms to Zimbabwe’s teenagers according to UNFPA. An official from Zimbabwe’s Ministry of Health and Child Care speaking on condition of anonymity for professional reasons, agreed with UNFPA. “We are highly burdened with HIV/AIDS and sexually transmitted infections (STIs) even amongst teens, so condoms are very important in reducing new infections of HIV and STIs,” the health official told IPS. In 2007, South Africa’s new Children’s Act came into effect, expanding the scope of several existing children’s rights and explicitly granting new ones.

The Act gave to children 12 years and older a host of rights relating to reproductive health, including access to condoms, this at a time SA’s persons aged 15–24 account for 34 per cent of all new HIV infections. In 2014, at Botswana’s Condomise Campaign launch in conjunction with UNFPA, the organisation’s representative there, Aisha Camara-Drammeh emphasised that condoms were equally crucial for the African nation’s teenagers. “This is an exciting and yet a very crucial moment for us as UNFPA and our stakeholders – including the Ministry of Health, UNAIDS and indeed the young people themselves – to be witnessing the inauguration of this campaign in Botswana. Ensuring access to condoms is a prerequisite for the Sexual and Reproductive Health of young persons,” Drammeh had said then.

According to the UNFPA then, Botswana’s young people were faced with numerous challenges which included high-risk sexual behaviour leading to high teenage unwanted pregnancies, high incidences of HIV infections, low comprehensive knowledge on SRH and HIV and limited access to SRH services and commodities. With condoms use rife amongst Botswana’s young people, the country is witnessing declines on new HIV infections, with the 15–24 year olds’ HIV incidence declining by 25 per cent, according to UNFPA. Even further up in Malawi, in 2013, government there moved in to launch the first-ever national HIV/AIDS prevention drive through a Condomise Campaign seeking to promote and increase condom use among teenagers there.