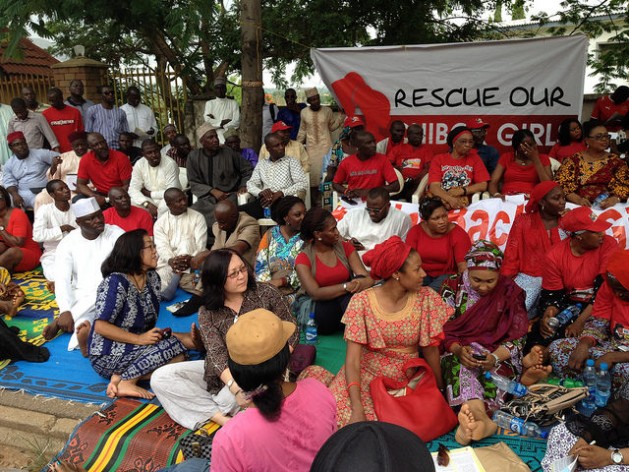 UNITED NATIONS, Jun 23 2016 (IPS) - “Wherever war reaches there is rape, and wherever rape is there is trauma, pain and terror” Zainab Bangura, Special Representative of the Secretary General on Sexual Violence in Conflict said here last week.

Sexual violence has been used as as a weapon of war from ancient times to this day. From Biblical references through to the American Civil War and the two World Wars, regional wars like the 1971 Bangladesh war of independence, or ethnic conflicts such as in Bosnia and Rwanda. No war has been free of rape and sexual violence.

Often after the wars are finished reconstruction efforts, and finances, such as the Marshall Plan, focus on rebuilding infrastructure and economies.

Much less is done to build support systems for women who are traumatised by war, meaning that often they are hurt twice: once by violence, and again by a justice system that trivializes their trauma and silences their stories, said Bangura.

“After the struggle to survive bullets, guns and blades, comes the struggle for health care, child care, justice and reparation, and the rights to participate in political process of the nation that is rising from the ashes of war.” Bangura said.

The consequences of sexual violence echo across generations, amplifying over time, creating a ripple effect. They live on in the children born of rape, who are often forced to remain in the shadows, undocumented and speechless.
“It is as if they are born guilty, tainted by their father’s crime” said Bangura.

Once-familiar places and people turn into antagonistic surroundings as neighbors and friends turn upon these women and children blaming the victim for being raped, blaming the children born of this rape.

Bangura spoke at a workshop on ‘Women and Girls in Conflict: Learning from Lived Experience to Inform Policy Responses’ co-organised by UN Women, the International Center for Transitional Justice, the Liu Institute for Global Issues, the University of British Columbia and the Permanent Mission of Canada to the UN.

“Rejection seems to spread like a disease, with any of those who care about these outcasts becoming outcasts themselves” said Virginie Ladisch, head of ICTJ’s Children and Youth Program.

Bangura says that it is important to view these children not as a consequence of a human rights violations, but as holders of human rights themselves.

“We must not only bring back our girls, we must bring them back to an environment of support and opportunity” said Bangura.

This means addressing the scourge of sexual violence, forced marriage, combating stigma and victim blaming by prosecuting the perpetrators, delivering justice, and ensuring women can provide for their children.

“Only then can we say that war is over.” says Bangura.


“Somebody has got to pay for this pain. Why should a countries' conflict be played out on my body?” -- Jacqueline Mutere

In the year 2000, the United Nations Security Council adopted Resolution 1325. The resolution draws attention to the different impact armed conflict has on women, women’s exclusion from conflict prevention, peacekeeping and peacebuilding, and the inextricable links between gender equality and international peace.

However, Nahla Valji, Deputy Chief of Peace and Security at UN Women, said that after 9/11, newer UN Security Council Resolutions on the the UN’s counter-terrorism agenda have been often criticized for not engaging women’s voices at all. “If we leave that space for others, it becomes a vacuum, and it gets defined for us in a way that does not necessarily heed women’s voices and needs” Valji said.

Aiming to help fill this space, the workshop brought together women who had survived conflict and sexual violence to speak out about the critical and unaddressed reality of their everyday lives.

After surviving Kenya’s post election violence in 2007, Jacqueline Mutere said that the UN had a lot of responses to the large number of women facing sexual violence, but they would only tell gory stories of rape to justify the need for funds, without talking about the women who have had children or the long-term effects the violence has on their lives. Mutere and many other women saw that organizations were speaking for them and not representing them appropriately. This is why she founded Grace Agenda, a community-based organization supporting survivors of sexual violence in Kenya.

“Somebody has got to pay for this pain. Why should a countries’ conflict be played out on my body?” said Mutere
Maria Alejandra Martinez, an advocate for women and children reintegrating in Colombia, says war affected women don’t want to be known as “rape victims” or “forced wives” or “child soldiers”, they want to be known as people who speak out and end the silence.

“They need to be able to tell their story on their own terms,” says Martinez. “Children are more than just their experience in war. All demobilized children have the power to change the world.”