Dan Bloom is a freelance writer in Taiwan who edits the Cli-Fi Report at www.cli-fi.net 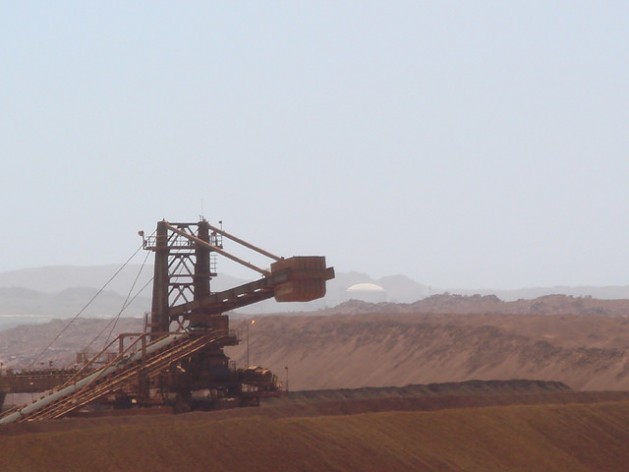 TAIPEI, Jun 20 2016 (IPS) - There’s some grim news in the media now, if you read newspapers or surf the internet, and it’s coming from a scientific CO2 monitoring station in Tasmania situated on Cape Grim there. But more on this later, a few paragraphs down. First the good news, if it can be called that.

If there’s one continent on Earth where the twin impacts of global warming and climate change are very much on the minds of the people who live there, it’s Australia. It’s doesn’t help that the Australian government is lagging behind on legislating progressive climate change policies, but there’s something about living on a massive island nation so much of which is desert which makes some novelists there think about climate change, too. And in recent years, a small army of novelists have taken up the topic in a variety of ways, from Alice Robinson in ”Anchor Point” to James Bradley in ”Clade.”

A new novel by Jane Abbott titled “Watershed” sheds some light, too, on what Australia’s future might look like in the new few centuries, if not sooner.

If the Australian writer Nevil Shute, who wrote the novel “On the Beach” in 1957 as a warning about the very real dangers of global nuclear war and a possible longterm ”nuclear winter” putting an end to the human species, certainly there are Australian novelists today thinking very hard about the very real dangers of global warming and its possible impacts on their beloved country. A new literary genre that’s been dubbed “cli-fi” (as an abbreviation for ”climate fiction”) has also become popular among writers in Melbourne, Sydney and Perth, with notable novelists like Bradley and Mireille Juchau (“The World Without Us”) leading the way.

There’s been grim news coming from Tasmania’s Cape Grim scientific outpost recently, too. According to measurements that monitoring station there has assembled, the parts per million (ppm)  of overloaded carbon dioxide in the Earth’s atmosphere has reached a tipping point.

Said the Guardian newspaper in London in a recent headline about the grim news: “World’s carbon dioxide concentration teetering on the point of no return.”

"If it stops raining on the land what would happen? What would be the worst thing that could possibly happen?" -- Jane Abbott

This was followed by a subheadline which was chilling for those who follow such news: ”Future in which global concentration of CO2 is permanently above 400 parts per million looms.””We wouldn’t have expected to reach the 400 ppm mark so early,” David Etheridge, an atmospheric scientist in Melbourne, told the Guardian. “Even if we stopped emitting [CO2] now, we’re committed to a lot of warming [in the future].” If the threat of nuclear war inspired Australian storyteller Nevil Shute to pen “On The Beach” in the late 1950s, followed by the popular Hollywood movie of the same name in 1959, perhaps a Nevil Shute of climate change will arise somewhere in the world — perhaps Australia — to tell a similarly powerful story that might serve to wake up humanity.

Not only Australian novelists and playwrights are thinking about using the arts to tell stories about climate change, but academics are also focusing on the issues. In a recent online op-ed in The Conversation, Australian National University doctoral student Elizabeth Boulton called for 60,000 artists and writers across the land to add their voices and performance pieces to the public discussion on stopping global warming before it’s too late.

One reader, Chris Harries, left a telling comment after the piece appeared, saying: “There is [a] small problem, identified by George Monbiot I think. All previous vexing environmental issues had a hard target identified as causing the problem — usually a naughty corporation or a government. Every way we look at climate change we see that the big problem is us. There are, of course, the coal corporations, but climate change is caused by a huge myriad off factors, all of them pointing back to the load that industrial human society imposes on planet Earth. Still, I’m sure that apart from protest singing and such there’s plenty of scope for [the arts] to engage in expressing the spiritualism behind nature connection and with the many creative ways that people all over the planet are coming to terms with the human predicament.​”

In related literary news from Australia, Merlinda Bobis was awarded the Christina Stead Prize for Fiction in the 2016 NSW Premier’s Literary Awards for her novel titled “Locust Girl: A Love Song.”

The Philippines-born Bobis, who lives in Canberra, came to Australia as a student 25 years ago and is the author of novels, stories, poetry and radio dramas in English, Filipino and her native language of Bikol. Her prize-winning novel, she told reporters, grew out of a concern for the future of both her countries.

“Bobis’ story sounds loudly not only in today’s Australia, but also throughout an environmentally and politically disrupted world where repression and violence are rife, and where huge numbers of the otherwise lost leave their homes to undertake dangerous journeys in the search for life,” the judges said of her book in announcing  the prize. “There were many fine and stylistically-accomplished works among this year’s entries, but the distinctiveness, sweep and visual power of this short novel set it apart.”

For novelist  in Melbourne, writing “Watershed” was an act of faith. Set in a post-apocalyptic world, probably in Australia but certainly somewhere in the southern hemisphere, many years after the last rains have fallen, her cli-fi novel has caused waves in her nation’s literary world.

In explaining how her novel came to be, Abbott told the Sydney Morning Herald:

“I have a country property in Victoria, just a small place, and water has become increasingly an issue up there. Again this year we aren’t getting any rain. I’ve developed this habit of watching the rainfall on the Bureau of Meteorology website and I’ve been noticing over the years that the rain seems to be falling more and more over the water than land. I incorporated that idea and thought, ‘If it stops raining on the land what would happen? What would be the worst thing that could possibly happen?”’

”Watershed” proposes a future climate change scenario that even the most pessimistic climatologist might hesitate to predict. The oceans haven’t just risen, they’ve inundated, drowning the old world beneath ocean waves. You might say it’s a Mad Max-esque literary thriller.​

And with “Mad Max: Fury Road” winning over even more fans this decade, the next installment in the franchise promises to tell us even more about the future world we might all face, in all corners of the world.

Australia, in both literature and cinema, is leading the way.