Can the Middle East Make Economic and Social Progress? 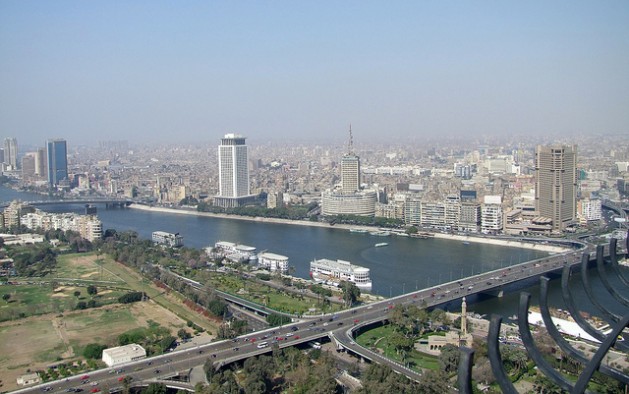 Aug 29 2016 (IPS) - Why do some countries grow faster than others? How do we engineer an economic miracle? Some economists believe that manufacturing growth is like cooking a good dish—all  the needed ingredients should be in the right proportion; if only one is under- or overrepresented, the ‘chemistry of growth’ will be sub-optimal. Rapid economic growth can only happen if several necessary conditions are met at the same time.

Rapid growth is a complicated process requiring a number of crucial inputs— infrastructure, human resources, relatively low economic inequalities, effective state institutions and economic stimuli among others. As ‘binding constraints’ may hold back economic growth, ‘growth diagnostics’ seek to identify the most binding constraints in order to accelerate growth. In some cases, these constraints are associated with the absence of markets; in others, with weak state capacities or capabilities, or even critical human resources or infrastructure.

Contrary to popular prejudice, the Middle East and North African (MENA) countries have quite a number of ingredients needed for growth. Inequalities in the region are lower than in other countries at similar levels of economic development. Controlling for size, population density, per capita income, urbanization, democracy, transition from a ‘communist’ past and government effectiveness, on average, Organization of Islamic Cooperation (OIC) Muslim countries had income distribution Gini coefficients five percentage points lower than other countries.

But an important advantage of many MENA countries often lacking in other parts of the developing world may be the strength of their state institutions – crucial for stable and strong economic growth. State institutional capacity refers to the state’s ability to enforce rules and regulations. Subjective measures of state capacity – indices of government effectiveness, rule of law, corruption, etc. – have many shortcomings, but some objective indicators – such as the crime rate, murder rate, share of the unregistered ‘shadow’ economy – reflect a state’s ability to enforce monopolies on violence and taxation.

MENA, East Asian, South Asian and developed countries generally have murder rates of 1-10 murders per 100,000 inhabitants, and shadow economies of less than 30 per cent of GDP. In MENA countries, peacetime murder rates were ordinarily between one to five for every 100,000 inhabitants, and below 1.5 in Algeria, Tunisia, Egypt, Qatar, Oman and Bahrain. However, the murder rates in Sub-Saharan Africa, Latin America and some former Soviet republics (the Baltics, Belarus, Kazakhstan, Moldova, Russia, Ukraine) are higher (10-100 murders per 100,000), with the shadow economy accounting for well over 30 per cent of GDP.

In the postwar period, for over half a century before the Arab Spring, per capita GDP growth rates in MENA countries were certainly well below those in East Asia, and a little below South Asia, but higher than in other regions of the global South – Sub- Saharan Africa, Latin America, and former Soviet Union. Besides Israel, Oman and Tunisia in the region were among the twenty fastest growing countries in the world during 1950-2010.

In terms of education and life expectancy, MENA achievements have been even more spectacular. Many MENA countries increased their life expectancy greatly in 1960-2010, with most of them now exceeding 70 years. The Human Development Index  (HDI) increased by 65% in Arab countries in 1970-2010, more than in any other region of the world except for East Asia (96%) and South Asia (72%). Increases in life expectancy in Arab countries during 1970-2010 were the highest in the world, whereas the increase in school enrolment and literacy was higher than in all other regions except for Sub-Saharan Africa that started at a very low base level.

Of the 22 countries that increased their HDI most in 1980-2010, six are Arab, seven are in MENA and 11 are considered Muslim. Among ten countries with the greatest HDI increase in 1970-2010, Oman, Saudi Arabia, Tunisia, Algeria and Morocco are in MENA. Oman, Saudi Arabia, Libya, Algeria, Tunisia and Iran are the six from MENA of the ten countries leading globally in improving non-income HDI (education and life expectancy).

Hence, MENA countries in 1950-2010 were not leaders in terms of economic progress, but also not laggards. They were somewhere between rapidly growing East and South Asia and more slowly growing Sub-Saharan African, Latin American, OECD and the former Soviet countries. But in terms of social progress, the MENA region did better than all other regions of the developing world over the four decades (1970-2010) before the Arab Spring.

Looking ahead, MENA countries definitely have many crucial ingredients for economic growth – natural resources, human resources, low inequalities and strong state institutions, ensuring low murder and shadow economy ratios. They made rapid economic and social progress in 1960-2010 and have many of the needed pre-conditions to accelerate growth in future, provided that ethnic, religious and sectarian conflicts ends and peace prevails.