Nahimana Fainesi [Finess], 30, fled her native Burundi in July 2015 and has since been living in the Lusenda refugee camp in Fizi, Democratic Republic of Congo. She works as a farmer in a UN Women cash-for-work programme there, which is funded by the Government of Japan. Her work is directly related to Sustainable Development Goal 2, which seeks to end hunger and ensure access by all people, in particular people in vulnerable situations, to safe, nutritious and sufficient food; and SDG 16, on promoting peaceful and inclusive societies for sustainable development. 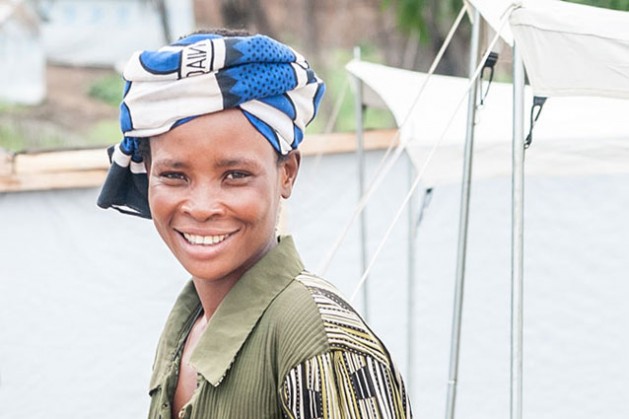 Sep 19 2016 - “This is my second time living in communal camps, second time running away from civil war to protect myself. What made me leave [Burundi] was the problem of random people invading others’ homes, attacking those without husbands. They would enter with knives. Before they kill you, they would first rape you. When I saw those attacks, and people dying, I left with my one-year-old son. I didn’t have the chance to get all my children because it was a case of everyone for themselves, running for their lives.

When I got to the Lusenda Camp (in the Democratic Republic of the Congo), I had no hope. UN Women gave me hope, motivation and empowerment. After some time, I was appointed committee member of the women’s group. I found a job [through a cash-for-work programme] and that money helped me cross back to get my children. I have five children—four girls and one boy.

Camp life is another challenge. Two of my children have now matured into young women. When they go walking around, I remain in constant fear, because at any time they could get raped. The food is also insufficient and gets depleted even before the next ration.

I survive by farming to get a little cash. Women farm together, growing several types of crops. Once they are ready to be harvested, we sell the produce. One must always think about how you can get your hands dirty to attain your goals and feed your family. Happiness begins with you.”