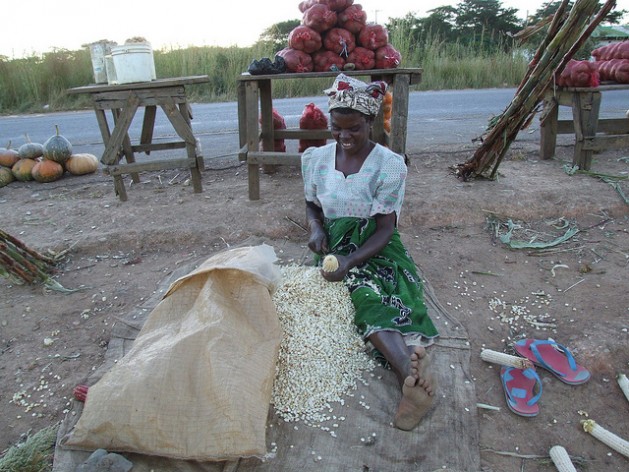 The session, themed “Taking the PAP to the People of Africa” and held in Egypt for the first time, witnessed a huge turnout from an array of parliamentarians, politicians, presidents and policymakers from across Africa.

The PAP is one of the organs of the African Union (AU) and comprises five members from each of the 54 African parliaments. Established in March 2004, it is headquartered in Midrand, South Africa.

Thursday’s special session witnessed the signing of a key Memorandum of Understanding between the UN Food and Agriculture Organization (FAO) and the PAP, announcing the establishment of the Pan African Parliamentary Alliance for Food Security and Nutrition (PAPA-FSN).

This agreement is part of a broad strategy to mobilise key actors in both government and civil society with the aim of ending hunger and malnutrition by 2030, a statement by PAP read.

Abdessalam Ould Ahmed, FAO Assistant-Director General and Regional Representative for the Near East and North Africa, told IPS parliamentarians play a vital role in working through existing institutions, both for capacity building and sustainability of the partnership.

According to Ahmed, PAP represents all member states of the African Union and therefore offers overall continental political support for ending hunger and malnutrition.

“This is expected to make it easier for implementation at the national level. Further, sustainable development forms part of PAP’s mandate,” he said.

According to the president of the Pan African Parliament, Roger Nkodo Dang: “Our alliance puts the battle against hunger on the right pathway, and I am convinced that FAO is the ideal partner based on its notoriety and determination.”

Another key issue in the session was the ratification of the Malabo Protocol, adopted by the AU in Equatorial Guinea in 2014.

Should 28 African countries sign and ratify the protocol, PAP will move from being just a consultative body of the African Union and become a separate legislative body for the continent. It also provides for more representation of women. Only two countries have ratified the agreement so far, Mali and Sierra Leone.

“The transformation of PAP into a legislative body will empower African countries to draft new bills to counter regional challenges—chiefly terrorism,” Dang said.

Dang also highlighted the importance of drafting new legislation to counter terrorism. “No one is safe from terrorism anymore.”

Meanwhile, a special celebration took place to mark the 150th anniversary of the first Egyptian parliament convention. President Abdel Fattah Al-Sisi said in a speech at Sharm El-Sheikh on Sunday that the parliament is a “mirror” reflecting what is happening in today’s Egypt.

He said last year’s legislative elections marked a new phase of parliamentary life in Egypt by “electing the most pluralist chamber in the country’s history,” with over 40 percent youth and 90 female MPs.

Among the other issues tackled in the session was the perils of UN sanctions imposed on Sudan.

Mahadi Ibrahim, former communication minister of Sudan, called on African parliamentarians to adopt a resolution to end those economic sanctions, in order for Sudan to enjoy the legitimate aspiration of its citizens to sustainable development.

Ibrahim noted that the sanctions, which have been imposed since 1997, have had a profound effect on all vital areas such as infrastructure, education, health and the economy. The sanctions also led to a dramatic reduction of the country’s ability to deal with epidemics such as HIV/AIDS.

Speaking to IPS, head of the African affairs committee at the Egyptian parliament and member of the African Union Hatem Bashat said that the sanctions are not “smart.”

“Some African parliamentarians suggested filing a memorandum to end sanctions on Sudan, and to send an official delegation of Arab and African parliament members to negotiate with American counterparts in this regard,” he said.

Some delegates also called for broader reform of the United Nations, in particular the Security Council.

“To meet the challenges of this new century, the UN must become more effective, more representative and more democratic,” said Ivone Soares, a member of parliament from Mozambique, in a plenary speech.

Soares said that Africa should be given two permanent seats. “The privilege of the veto enjoyed by the permanent members must be called into question,” she said.